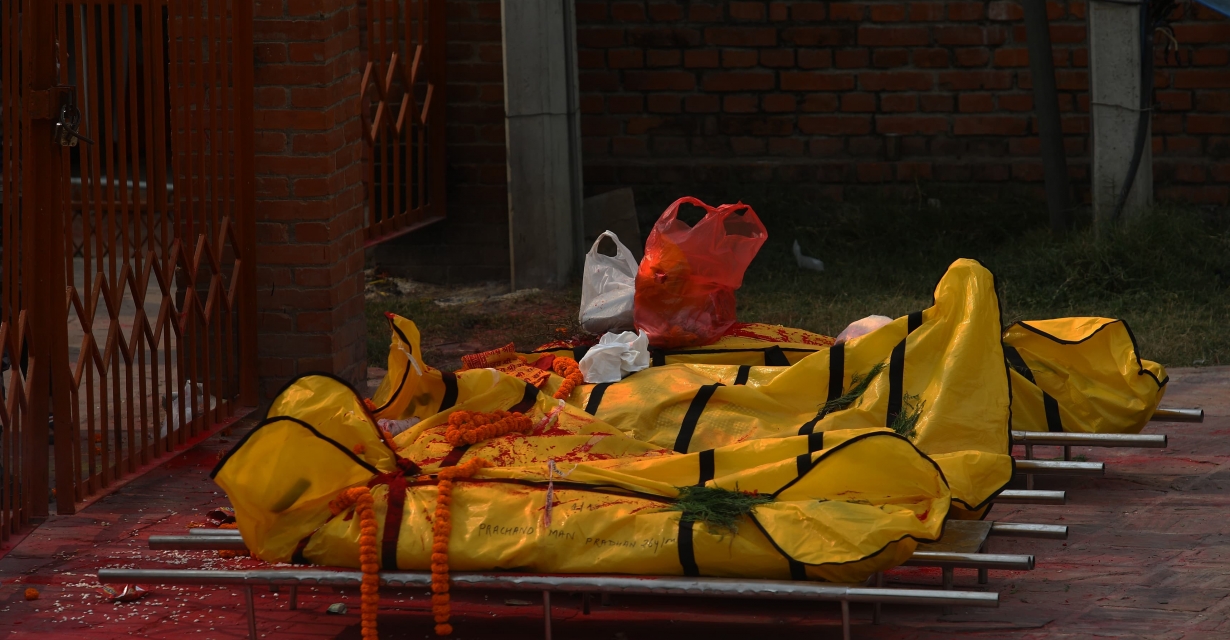 The World Bank’s Board of Executive Directors today approved a $150 million development policy credit to support Nepal’s resilient recovery from the COVID-19 pandemic, protect the most vulnerable, and support sustainable growth.

“Amid the economic and social impacts of the pandemic, our priority is to provide immediate relief to affected populations and support Nepal’s green, resilient, and inclusive recovery,” stated Faris Hadad-Zervos, World Bank Country Director for Maldives, Nepal, and Sri Lanka.

The ‘Nepal Programmatic Fiscal Policy for Growth, Recovery and Resilience’ program will help strengthen Nepal’s institutions and regulations, including its tax and customs system, debt management, and public capital spending, Word bank said in a statement.

“This development policy credit supports the government of Nepal’s efforts to address the social and economic impacts of COVID-19 and overcome structural constraints to a resilient economic recovery,” stated Kene Ezemenari, Senior Economist and the World Bank’s Task Team Leader for the program.

Before this, on April 2, the government had signed an agreement with World Bank for additional financing of $75 million to support access to safe and effective COVID-19 vaccines for Nepal’s prioritized populations.

“The additional financing is an important and timely support to the government’s overall plans to vaccinate at least 72 percent of the Nepali population,” Finance Secretary Sishir Kumar Dhungana, who signed the agreement on behalf of Nepal government, had stated at that time.

The additional financing was said to build on the $29 million for the original COVID-19 Emergency Response and Health Systems Preparedness Project that was signed in April 2020. The Preparedness Project is supposed to be implemented under the leadership of the Ministry of Health and Population by the Department of Health Services and associated institutional bodies.

Meanwhile, the country’s debt has doubled in the three years since the KP Sharma Oli-led government was formed. In the last six months alone, the government has added Rs 78.4 billion in loans. This debt is equivalent to 40 percent of Nepal’s GDP.

During the eight months of the current Fiscal Year 2077/78 BS, each Nepali has a public debt of Rs 5,000 under their head.

The government has borrowed a total of Rs 192.42 billion from various countries and international banks in the first eight months of the current fiscal year.

Nonetheless, the government has been grappling to smoothly run vaccination drive despite getting billions of dollars’ worth of donations and credit from various countries.

Nepal has provided its 30 million population with at least 3.1 million doses– Covishield and Vero Cell – since January so far, including the ongoing vaccination drive of China-made Vero Cell jabs.

Nepal received 2.1million doses of Astra Zeneca (Covishield) from India, of which 1 million doses were a donation and 800,000 doses of Vero cell vaccine donated by China, by 12 April.

348,000 COVAX vaccines were delivered to Nepal on 7 March 2021, one of the first countries to receive it-with another 1.92 million doses due to be delivered by end of May.

However, COVAX had not yet delivered any more doses and reported that it was unlikely that it would be able to do so before the end of the year.

Meanwhile, Nepal government has yet to announce how and when the population who received the first shot of Covishield in March will get their second jab to complete the required immunization cycle.

On 2 June, a further one million doses of Vero cell arrived in Nepal to boost its vaccination drive.

Nepal government is said to have initiated the process to purchase additional 4 million doses from China, but no final agreement has been reached yet.

Though the government initially prioritized frontline workers for inoculation, the vaccination drive was gradually hijacked by the privileged and politically connected.

The role of the government in responding to the health crisis has been poorly coordinated while a combination of the lack of evidence-driven policies and public health directives, premature removal of social distancing rules without vaccinating residents and the lack of planning has left Nepalis – especially vulnerable marginalized groups, to fend for themselves.

Prime Minister Oli’s government has been criticized by experts for its handling of the ongoing second wave in Nepal, which has led to an acute shortage of oxygen, hospital beds and medicines.

On 8 April, Prime Minister KP Sharma Oli publicly recommended that gargling with guava leaves could help people get rid of the virus, as the country was reporting more than 300 new cases a day.

Between April 1 and 30, the number of cases per day increased by 2,900 percent according to media reports-but testing increased by only 260 percent.

The government has failed to devise a transparent national vaccine distribution plans which is accessible, equitable, inclusive, non-discriminatory and in line with human rights laws as well as standards.

Moreover, Nepal government has turned a blind eye on the impact of Covid-19 on marginalized groups and intersecting identities, indigenous groups, Dalits, LGBTQIA+ and disabled people in its inoculation drive.