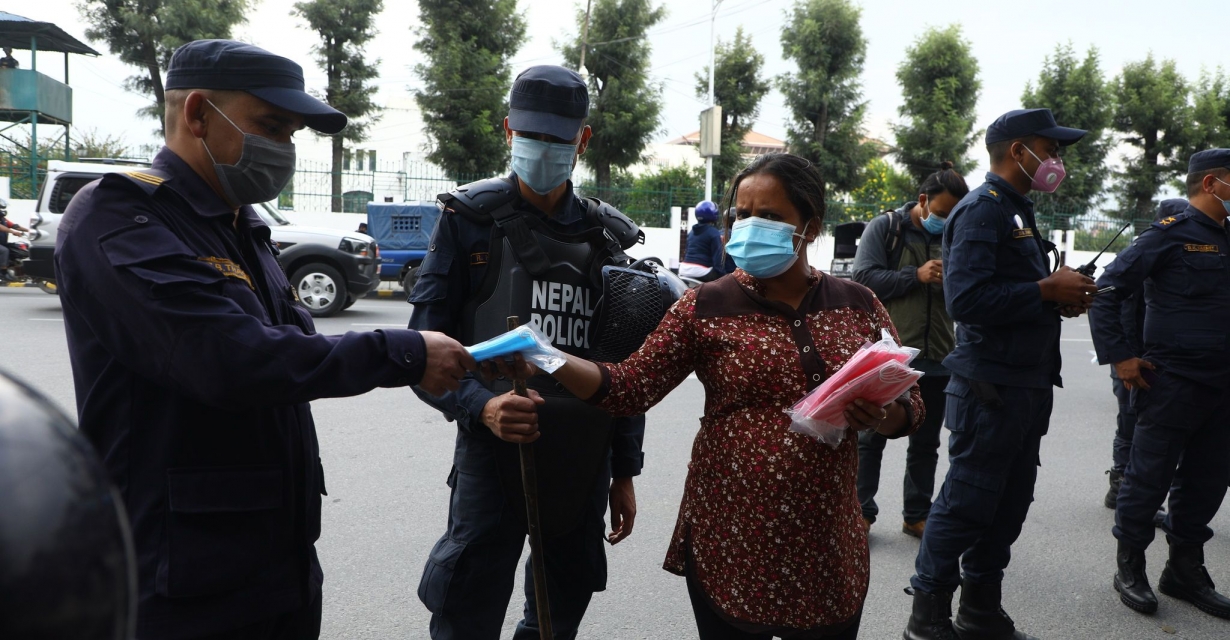 Total coronavirus infections in Nepal crossed 200,000 on Wednesday, as health workers say the Himalayan nation was facing a “catastrophic” situation.

In the last 24 hours there were 2,569 new cases and 26 deaths, according to government data released on Wednesday. That takes the Himalayan nation to a total of 202,329 cases and 1,174 deaths overall.

Nearly half of all cases are reported in the capital Kathmandu and its surrounding areas, home to 4 million of the country’s 30 million people.

A Reuters tally shows the number of daily infections in Nepal is higher than anywhere in South Asia, except its vastly larger neighbour India.

On Tuesday, Nepal said it would provide free tests and treatment in a bid to encourage people to seek help in the low-income nation.

But health workers say the pandemic will only get worse as the winter sets in.

“The government is not prepared to handle the catastrophic situation. There are no community based isolation centres and ICU beds are limited,” said Aayas Luintel, a doctor who has been treating coronavirus patients in Patan Hospital near Kathmandu.

“In the community there are a variety of groups of all patients. Like somebody might be suffering from chronic disease, like kidney disease, lungs, liver (diseases). And these people are very vulnerable to the corona infection,” he said.

Rabindra Pandey, a well-known public health expert, told Reuters the government’s figures may only represent a fraction of the real numbers due to limited testing and monitoring.

“People are getting frustrated with the poor government response to the pandemic and feeling helpless during their hour of crisis,” he said.

A government spokesman did not respond to a request for comment.

Prime Minister K.P.Sharma Oli, who is locked in bitter infighting within his Nepal Communist Party, has been criticised for being more preoccupied with politics than the pandemic.

Ram Sharan Bajgain, an aide to Oli, said the prime minister was “actively engaged in the fight against COVID-19 while facing the political problem”.

In June, protesters demanding more tests clashed with police, who used water cannon to break up the demonstrations.