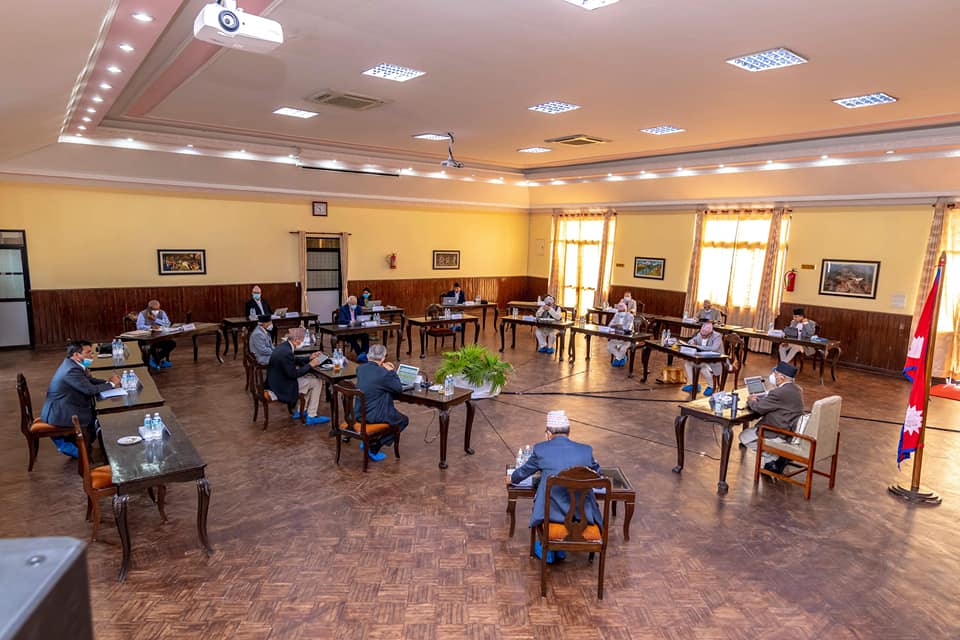 Senior leaders of the Nepal Communist Party (NCP) asked Prime Minster KP Sharma Oli to resign from the post of PM at yesterday’s meeting of the party Secretariat Committee meeting held in Baluwatar of Kathmandu.

The demand for resignation comes two days after PM Oli accused India of conspiring to unseat him.

Co-chairperson of the ruling NCP Pushpa Kamal Dahal along with senior leaders Jhalanath Khanal and Bamdev Gautam were among those who asked Oli to step down as PM on the third day of the meeting.

According to Khanal, the leaders also asked Oli to resign as PM as well as party co-chair for his ‘inefficiency in running the government and the party’.

Khanal added that the PM had failed to bring sound policies and programmes and followed capitalist policies in the past three years while ignoring the party’s commitment to socialism.

They were of the view that Oli had failed to deliver his promises and resorted to diversion tactics to circumvent criticisms.

PM Oli, meanwhile, defended his words and was firm on his stance of not resigning, according to some secretariat members. He also accused party members of disseminating information to the Indian Media.

The meeting is scheduled to continue today as well.