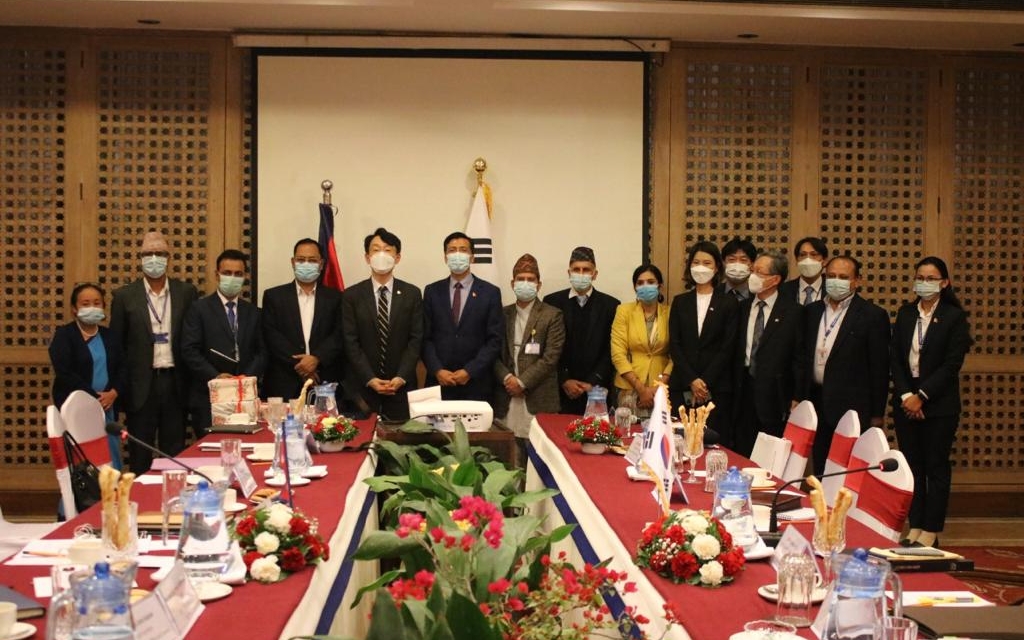 Nepal and South Korea have agreed on the need to renew the Memorandum of Understanding (MoU) on the Korean Employment Permit System (EPS) at the earliest.

EPS is the government-to-government agreement made between Nepal and South Korea, according to which Nepali workers willing to work in South Korea can do so if they pass the EPS examination.

The two countries emphasized the need of renewing the MoU of EPS in the fifth meeting of the Bilateral Consultation Mechanism between Nepal and South Korea held in Kathmandu on Tuesday.

According to the statement issued by the Ministry of Foreign Affairs (MoFA), the decision was made between the Joint Secretary of the North-East Asia Division at the MoFA Lok Bahadur Thapa and South Asian and Pacific Affairs Bureau Director-General of the Foreign Ministry South Korea Sangryol LEE.

Director-General Lee had late made a courtesy call to Foreign Secretary Bharat Paudyal who requested to increase the number of quotas for Nepali workers under EPS and proper arrangement of allowing Nepali workers into South Korea who passed EPS tests as early as possible.

On the occasion, the two sides discussed and exchanged views on further promoting cooperation in the areas of COVID-19 response and recovery, trade, investment, and employment, cooperation on energy, technology, education, tourism, culture, and people-to-people relations.

“During the consultations, the two sides also discussed possible cooperation in mutually beneficial areas at a regional and multilateral level including UN and SAARC,” said the statement of the MoFA.