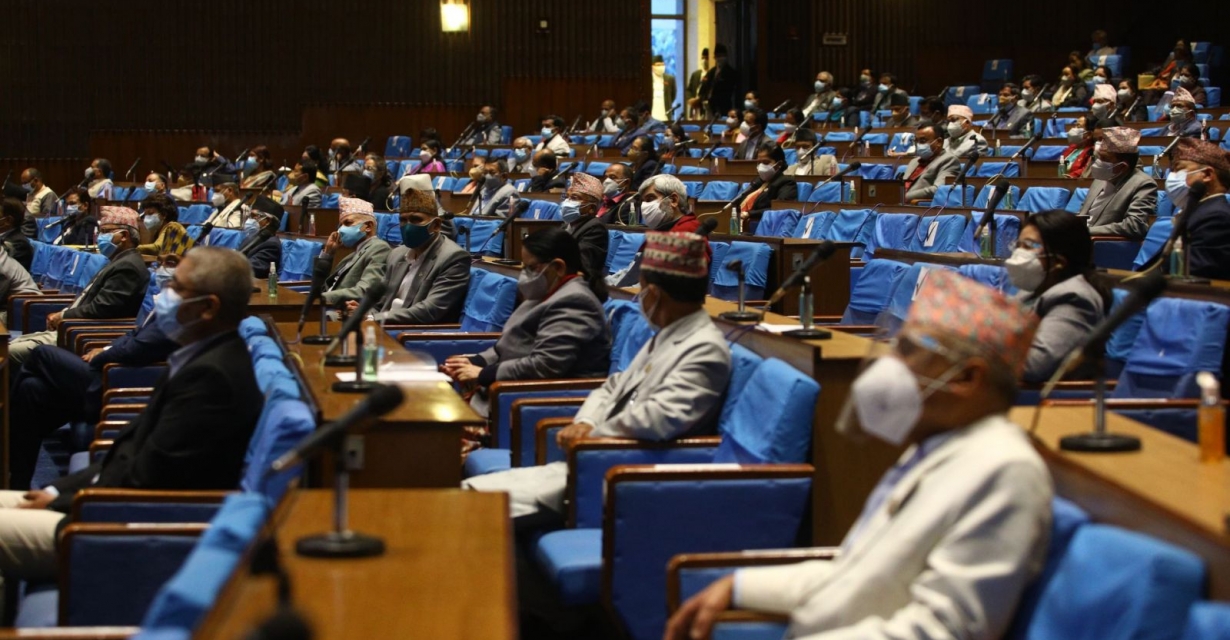 Prior to the meeting’s commencement, UML lawmaker Devendra Dahal said that the house sessions would not be allowed to continue unless the party’s demands were addressed. He also claimed that the government was unwilling to hold dialogues with UML.

CPN-UML boycotted an all-party meeting held at the call of Prime Minister Sher Bahadur Deuba yesterday with the aim to discuss ongoing House obstruction among other contemporary political issues.

Dahal reiterated that they would not allow the sessions of both Upper and Lower house to function unless action was taken against the 14 lawmakers, including Madhav Kumar Nepal, from their posts against whom CPN-UML had requested the Speaker to take action against.

The main opposition party, CPN-UML, has been obstructing parliament sessions alleging that Speaker Sapkota had discriminated against UML by refusing to expel the said 14 lawmakers, who were sacked by the party.

Sapkota refused to take action against the said lawmakers stating that they had already formed a new party, CPN (Unified Socialist).

Madhav Kumar Nepal formed the new party on August 18 which was duly registered by the Election Commission on August 25.

The UML lawmakers, however, paid no heed to his statements. The government’s plan to present the annual reports of the National Dalit Commission for the fiscal years 2076/077 and 2077/078 in the house was affected due to the obstruction.