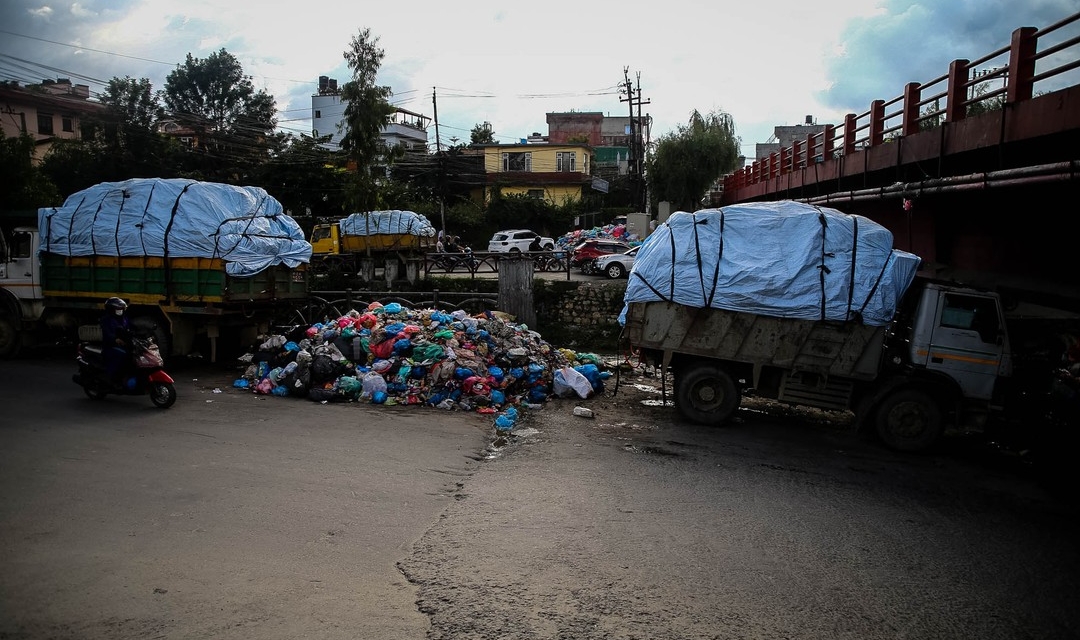 Kathmandu Metropolitan City, on Sunday saw a new obstacle in its waste management efforts. KMC had plans to increase the number of vehicles carrying garbage to reach Banchare Danda from 250 to 350, starting today. However, Tarekswar Municipality locals have staged a protest in the area disrupting the work altogether.

According to ward chair Parshuram Aryal, an unknown group dumped about three garbage trucks in the Dhakal river near Tinpiple Aathmile, polluting the water source and enraging locals. “The crowd has been disbanded after we assured agitating locals that we will coordinate with the police to nab the perpetrators”, Aryal said.

KMC Mayor Balendra Shah (Balen) says, “Waste management requires the cooperation of all those who work in the cycle of management since 150 vehicles of waste, including 75 vehicles from Kathmandu and equally from other municipalities, must be managed every day. It will take some time before we manage the garbage that was not collected due to past obstacles”

Shah has also said that KMC has long-term sustainable plans for waste management of the valley, however its implementation will take time.

“We also want to assure that we (KMC) will not repeat the plight of Sisdol at Banchare Danda. We are forced to adopt the current method of management only because it is practically difficult for us to pursue other options without managing the accumulated waste first,” says Shah.

On Friday, Sisdole and Banchare Danda residents had expressed concerns that a similar situation as of Sisdole would be repeated at Banchare Danda.

Meanwhile, police have arrested one for throwing garbage in the river. “We tracked those who throw garbage in that area and arrested the perpetrator.” Bhatt says police are looking for any other perpetrators.