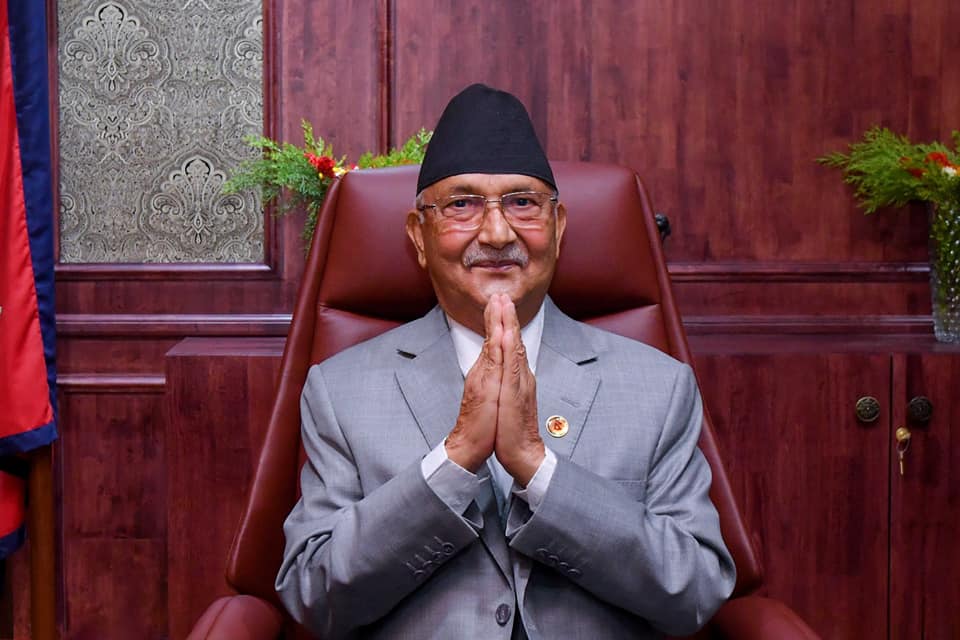 Had it not been for the COVID-19 pandemic and prohibitory orders issued to contain the spread of the virus, the House of Representatives should have convened this fiscal year’s budget session next month.

Last year, the budget session was convened on May 8 even amid the pandemic. This year, however, Prime Minister KP Sharma Oli decided to end regular Parliamentary session ahead of its scheduled time only to hold a special session later — to seek vote of confidence.

On the recommendation of the Council of Ministers, President Bidyadevi Bhandari has convened a parliamentary session on April 10 for the prime minister to seek vote of confidence.

Leaders of opposition parties have stated that Oli will continue his prime ministerial duties if he garners the vote of confidence but will seek to dissolve the House of Representatives if he fails to get enough votes.

The largest party in the 271-member House of Representatives, CPN-UML, has 121 Members of Parliament (MPs). Prime Minister Oli needs 15 more votes to get the vote of confidence.

Nepali Congress and CPN-Maoist Center are unlikely to give Oli the vote of confidence.

Meanwhile, Rastriya Prajatantra Party, Rastriya Janamorcha and Nepal Mazdoor Kisan Party have one MP each in the parliament.

Even if they vote for Oli, it will not be enough to give the prime minister a majority.

The Janata Samajwadi Party-Nepal (JSP-N) has 32 MPs (after the suspension of two MPs). However, JSP-N is unlikely to fully support Prime Minister Oli as the party is divided into two factions at the moment.

Prime Minister Oli has been in regular communication with the Mahanta Thakur-Rajendra Mahato faction of JSP-N while the Baburam Bhattarai-Upendra Yadav faction have been sidelined.

Addressing the demands put forth by JSP-N’s Thakur-Mahato faction in exchange of their support to Oli, the government recently withdrew 15 criminal cases against 120 JSP-N cadres and leaders.

However, demands for the release of JSP-N leader Resham Chaudhary, who is serving a life sentence, and constitution amendment have not been addressed yet.

It is also highly unlikely for Prime Minister Oli to get enough votes from his own UML party. The Madhav Kumar Nepal faction of UML has been carrying out parallel activities in the party saying that party chair Oli has made unilateral decisions since March 12 this year.

Prime Minister Oli will be relieved of his post if he does not get the vote of confidence in the special session of the parliament.

But the next government is also likely to be led by Oli. After the vote of confidence is completed and if he fails to garner majority vote, Prime Minister Oli will be able to end the parliamentary session.

The President will then call for the formation of a new government with the support of two or more parties in accordance with Article 76 (2) of the Constitution.

For this, the party claiming the leadership of the government should get the support of 136 MPs. The Nepali Congress has 61 MPs (except two suspended) and the CPN-MC has 49 MPs.

Though 16 MPs of the Bhattarai-Yadav faction of JSP-N are likely to support a new government under the leadership of Nepali Congress, the coalition will only have 126 MPs – 10 more MPs will be needed to form a majority government.

In such a case, Oli, as the leader of the largest party in parliament, will become prime minister again.

If Oli fails to garner the vote of confidence, and when there is no possibility of forming a majority government as per Article 76 (5) of the Constitution, the Parliament will be dissolved as per Article 76 (7) and the country goes to mid-term elections.

Meanwhile, there is a constitutional obligation to host the budget session on May 29 (Jestha 15) every year.

Before the annual budget, the government should also announce its policy and programs.