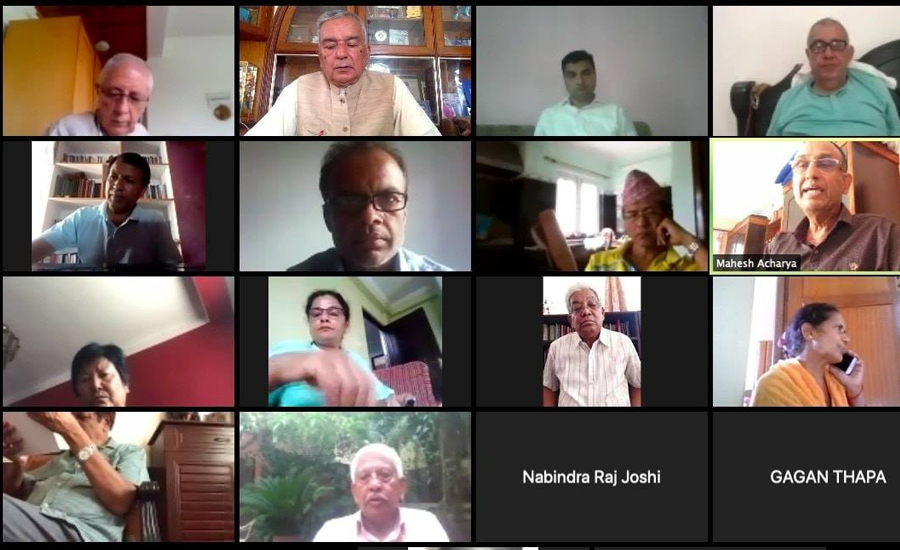 As the dust following an intra-party rift within the ruling Nepal Communist Party (NCP) settles, an outcry has started to surface in primary opposition party Nepali Congress (NC) — factionalism being the main reason for both NCP and NC.

The Paudel-led faction are of the view that Deuba has been interfering in distribution of active membership and has appointed loyalists to the party’s departments with the ploy to garner support in his favour ahead of the party’s 14th National Convention.

Deuba is all set to contest for the party’s presidency again.

A leader close to Paudel, seeking anonymity, said that they discussed options to pile pressure on Deuba to force him to withdraw the recent appointments made by him in the party’s various departments.

The leader added that the Paudel faction’s pressure tactics would aim at ensuring that the party’s National Convention was held on time.

Leaders inclined to the Paudel faction believe that Deuba’s and NC Vice-president Bimalendra Nidhi’s move of unfairly distributing the party’s active membership to new members had halted distribution of active membership in eight districts of Province 2.

The said tactics to pressure Deuba include, staging sit-in as well as relay hunger strike and holding mass meetings at district and regional levels to make party cadres aware of the Deuba faction’s high-handedness.

The leader said that the Paudel faction had decided to protest as Deuba and his cadres were indulging in unfair political practices and acting against the party’s rules and norms. He added that conventions of the party’s sister wings had not been held in the past six years and the party leadership was to be blamed for this.

NC has decided to hold its National Convention from February 19 to 22 in Kathmandu.