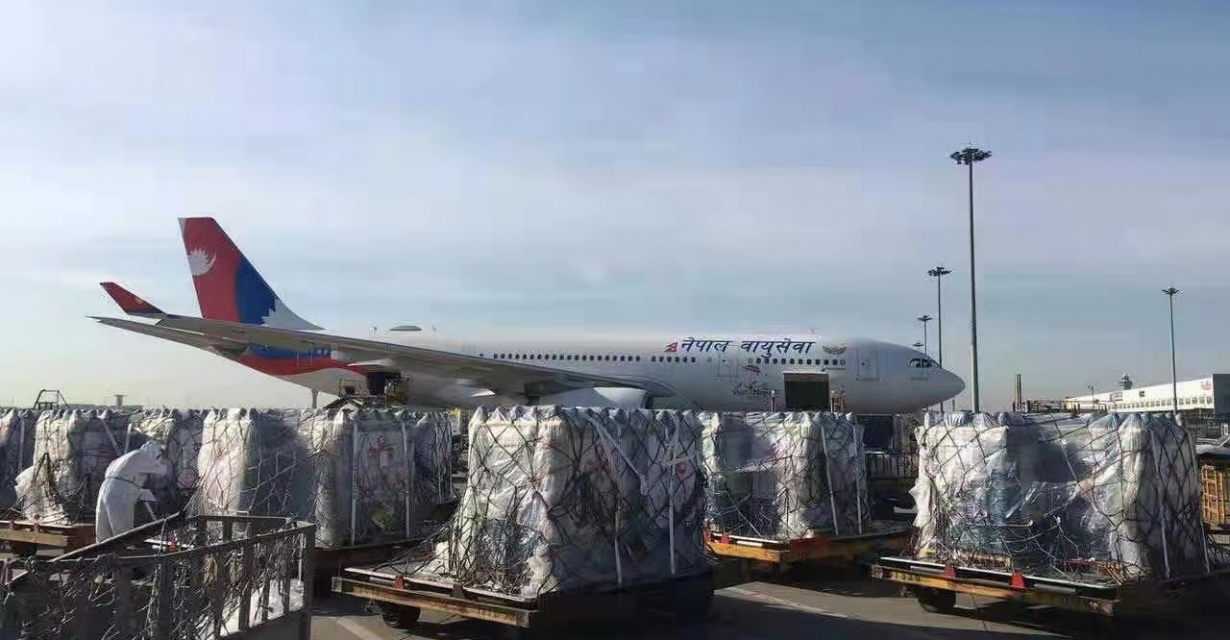 International support to Nepal in the fight against the second wave of COVID-19 has surged of late after the Ministry of Health, Ministry of Foreign Affairs, and Prime Minister KP Sharma Oli repeatedly appealed and wrote to the international communities asking for help.

At the beginning of the second wave, China had committed to provide 5 million RMB (NRS 90,974,777.50) worth of healthcare materials to Nepal.

According to the Ministry of Foreign Affairs, Chinese State Councilor and Foreign Minister Wang Yi expressed his commitment to help Nepal during a video conference of “Joint Efforts to Respond to COVID-19”.

As per the same commitment, Nepal has received 3,500 oxygen cylinders and other health items from China as of yet.

A Nepal Airlines Corporation (NAC) flight brought a total 975 oxygen cylinders and 157 oxygen concentrators from Beijing to Kathmandu on Sunday and Monday.

Two more NAC flights will bring additional oxygen cylinders and other healthcare supplies from China in the coming days.

NAC had brought 400 units of oxygen cylinders and 10 units of ventilators from China to Kathmandu on May 11.

Similarly, the United States had on May 1 pledged to provide an aid of 8.5 million USD to Nepal. After that, the US Indo-Pacific Command on May 13 announced an assistance of USD 2.75 million to Nepal to tackle COVID-19.

Moreover, US Ambassador to Nepal Randy Berry had promised to provide additional assistance to Deputy Prime Minister Ishwor Pokharel in a telephone conversation on May 13.

Similarly, the European Union (EU) announced on May 12 that it would provide 2 million Euros in emergency humanitarian aid to Nepal.

The UK had also assisted in setting up an oxygen plant at the Nepal Police Hospital on May 5. The plant can produce 160 cylinders per day and fill 24 cylinders for distribution inside and outside the hospital.

According to Nepal’s Ambassador to Oman Sharmila Parajuli Dhakal, the embassy has procured and sent 560 oxygen cylinders in collaboration with NRNA and other Nepali communities.

Nepal has also received 24 oxygen cylinders from Thailand, which arrived on Friday.

Finland has pledged to provide medical supplies, including more than 2 million masks.

As many as 10,000 vials of Remedivir is also scheduled to arrive from Bangladesh as grant.

“The medicine will be handed over to the Nepali embassy in Dhaka following which Nepal government will bring it by air,” informed Foreign Ministry spokesperson Seva Lamsal.

According to Lamsal, the Foreign Ministry has written to its missions abroad to take initiative to seek assistance from the concerned countries.

The letters sent to Nepali embassies abroad read that the government will keep the received healthcare assistance at the center and take initiative to mobilize it to local levels.