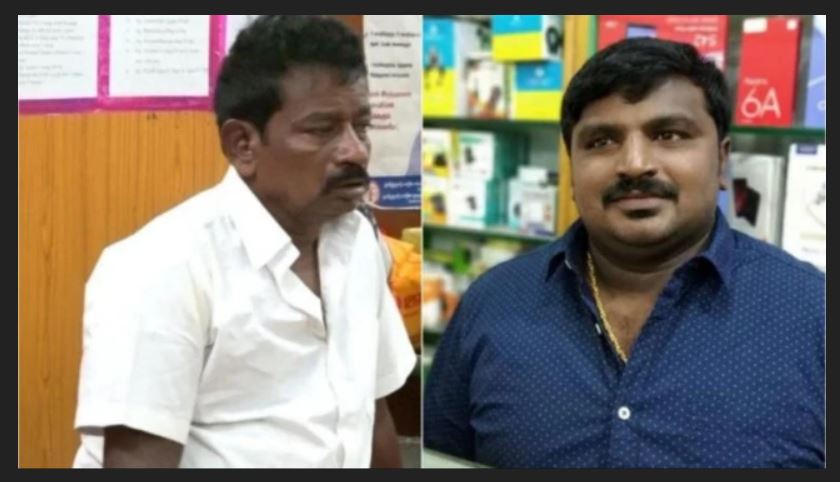 While Bennicks (right) fell ill and died at the Kovilpatti General Hospital on June 22, his father died on the morning of June 23. (Photo: Twitter)
Indian policemen arrested over custody deaths of Jayaraj and Bennicks
Read Time: 2 minutes

India has arrested five policemen over the deaths of a father and son in custody, a senior investigating official said on Thursday, following outrage that drew comparisons to the death of George Floyd in the United States.

On June 19 J Jayaraj, 59, and Bennicks Immanuel, 31, were subjected to a brutal thrashing that resulted in rectal bleeding and eventual death, according to a letter to government officials written by Jayaraj’s wife J Selvarani.

The father-son duo was arrested for allegedly keeping their shop open in the evening in violation of lockdown restrictions.

The two were taken to Kovilpatti sub-jail where the police beat them while Bennicks was sexually assaulted as the police brutally shoved a metal baton into his anus triggering uncontrollable bleeding and ripped out his chest hair with their bare hands, according to relatives of the victims.

Jayaraj was kicked on the chest multiple tomes causing him to bleed profusely.

“All important police personnel involved in the incident, including two sub-inspectors, two constables and the police station’s inspector, have been arrested. Investigation is underway,” said K Shankar, Inspector General of Police, Crime Branch Central Investigation Department in the southern state of Tamil Nadu.

Bennicks died on Monday after complaining of breathlessness and Jayaraj died Tuesday, Chief Minister Edappadi Palaniswami, who oversees the police in the state, said in a statement on Wednesday.

Nearly 15 cases of custodial violence and torture are reported daily on average in India, according to India’s National Human Rights Commission (NHRC).

NHRC said that some custodial deaths were reported after considerable delay or not reported at all, adding violence in custody was so rampant “that it has become almost routine”.