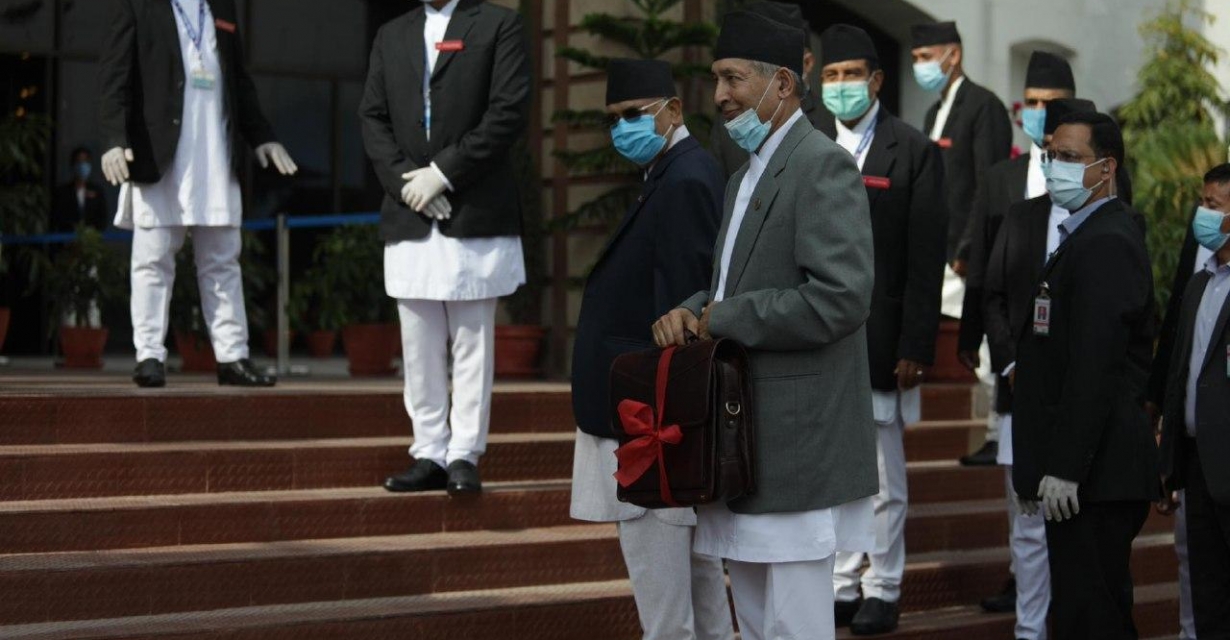 The cabinet meeting held on Monday approved Khatiwada’s name as the PM’s advisor, government spokesperson Pradeep Gyawali informed, adding that the former minister will enjoy the perks and privileges on par with a minister.

Khatiwada had resigned from his post on September 4 after his six-month tenure expired.

Both the finance and communication ministries held earlier by Khatiwada are currently with Oli.

He was reappointed as the Finance Minister by PM Oli in March after the end of Khatiwada’s two-year term as a member of the National Assembly.

In order to continue his term, Khatiwada’s nomination to the NA within these six months was essential, but that was not possible due to factional power dynamics within the ruling Nepal Communist Party.

Oli decided not to nominate Khatiwada again for the National Assembly as he was under pressure to appoint party vice-chair Bamdev Gautam for the available seat.

The decision to appoint Gautam despite there being legal hurdles as he had lost the last general election to Sanjay Kumar Gautam of Nepali Congress and keep Khatiwada as his advisor are a few instances of how PM Oli favours nepotism to save his seat.

Before this on June 16, Dr Dibya Singh Shah, Oli’s personal physician, was appointed the dean of the Tribhuvan University’s Institute of Medicine, despite Shah being much lower on the seniority list for the position.

Last year, Oli had pushed hard to amend the Nepal Trust Act, making it possible for the prime minister to nominate a minister as the Trust’s chairperson instead of the earlier provision of appointing the home minister. After the amendment, Deputy Prime Minister and Defence Minister Pokhrel, also a close aid of Oli, was appointed the chairperson of the Trust.

In February of 2020, Minister Pokhrel, in capacity of the Trust’s chair, released a white paper to justify why large swathes of properties were leased out to Yeti Holdings at extremely favourable rates.

On April 7, in a televised address to the nation while the country was grappling with the COVID-19 crisis, Oli took his time on air to defend the allegations of corruption leveled on his team over the procurement of medical kits.

The government had arbitrarily selected Omni group and paid at least three folds more than the actual market price to the Group, a private firm close to Oli, to procure the kits from China. Six months later on September 14, Omni was blacklisted for a year by the Public Procurement Monitoring Office.

Meanwhile, Oli is said to have shelved the proposal presented in Monday’s Cabinet meeting by Energy Minister Barsha Man Pun to reappoint Kulman Ghising as the managing director of Nepal Electricity Authority.

Party insiders have long criticized Oli saying that only Oli’s confidantes get appointments in high profile posts even if they are not capable.

Although Oli is not the first Nepali prime minister functioning on the basis of favouritism, his tall claims to end corruption and provide fair opportunities to those deserving have put him in an awkward position.