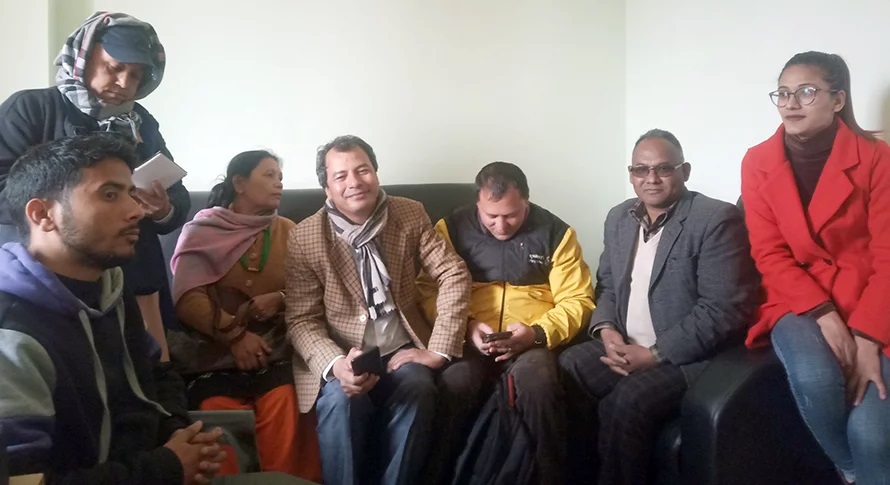 At least 12 human rights activists were arrested for staging a protest in front of the President’s official residence at Maharjgunj of Kathmandu today.

The rights activists were protesting the election of Agni Sapkota as the new Speaker of the House of Representatives.

Sapkota is currently facing a murder charge for his alleged involvement in the abduction and murder of Kavre’s Arjun Lama in 2005.

The murder case filed against Sapkota is a subject of proceedings at the Supreme Court.

Police arrested them on the charge of trying to enter the prohibited zone. DSP Umesh Lamsal confirmed the arrest of 12 persons.