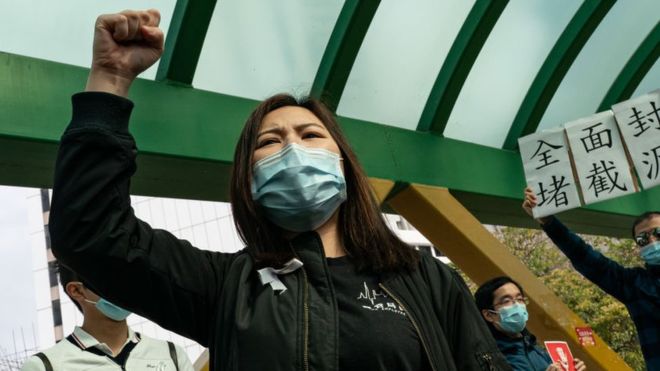 Hundreds of hospital workers in Hong Kong have gone on strike, demanding the border with mainland China be completely closed to reduce the risk of the coronavirus spreading.

Authorities say closing the border completely would go against advice from the World Health Organization.

There have been 15 confirmed cases of the virus in the city.

“If there is no full border closure, there won’t be enough manpower, protective equipment, or isolation rooms, to combat the outbreak,” Winnie Yu, chairwoman of the newly-formed Hospital Authority Employees Alliance said.

Hundreds of “non-essential” medical workers went on strike on Monday. The union said frontline workers – including doctors and nurses – would follow on Tuesday if their demands were not met.

Hong Kong – which has a population of seven million – is part of China but retains significant autonomy. The border functions in much the same way as a normal international checkpoint.

There have been more than 17,000 confirmed cases of the virus and 361 deaths in mainland China alone.

Outside China, there are more than 150 confirmed cases of the virus with one death, in the Philippines. (BBC)