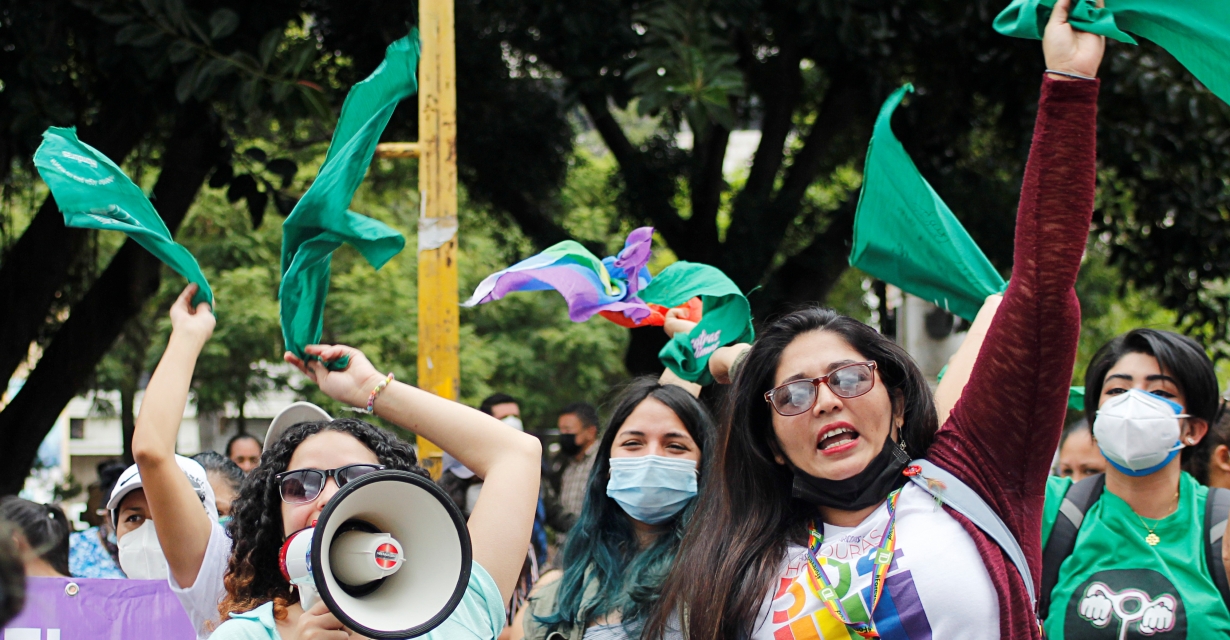 Women hold up green handkerchiefs during a demonstration in favour of legalising abortion, after lawmakers approved a constitutional reform that would reinforce the ban, near the Congress in Tegucigalpa, Honduras January 25, 2021. REUTERS/Fredy Rodriguez
Honduran lawmakers vote to lock in bans on abortion, same-sex marriage
Read Time: 2 minutes

Members of the Honduran Congress voted on Thursday to amend the constitution making it much harder to reverse existing hard-line bans on abortion and same-sex marriage, as lawmakers double down on socially conservative priorities.

Lawmakers voted to require a three-quarters super-majority to change a constitutional article that gives a fetus the same legal status of a person, and another that states that civil marriage in the Central American nation can only be between a man and a woman.

With 88 legislators in favor, 28 opposed and seven abstentions, the proposal will still need a second vote in the unicameral legislature before it is enacted.

Currently, all constitutional changes require a two-thirds majority vote of the 128-member body.

Mario Perez, a lawmaker with the ruling party of President Juan Orlando Hernandez, explained during a virtual floor debate that the change will create a “constitutional lock” on any would-be softening of the existing articles.

The country’s criminal code sets out three to six-year prison terms for women who abort a fetus as well as anyone else involved.

Abortion-rights proponents accused backers of the proposal of seeking to cement the current bans.

“This legislation permanently condemns pregnant women or pregnant girls who have been raped or risk dying due to health reasons,” said Merary Mendoza, a researcher with the Honduran women’s studies center CEMH.

Kevihn Ramos, the head of a gay rights advocacy group in Honduras, blasted the lawmakers who voted to make it harder to change the two constitutional articles.

“This reform is the product of a state-imposed religion on Honduras,” he said.