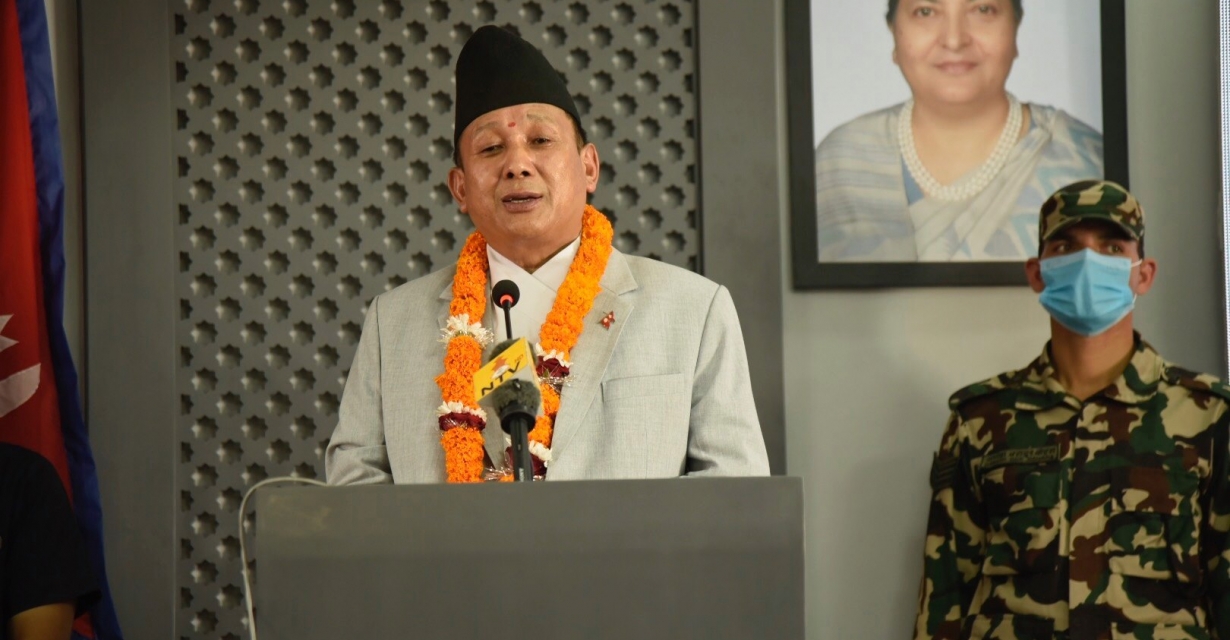 The government is all set to issue new directives targeted at regulating social networking sites, their content and their users. The new directive includes the provisions of the controversial Information Technology (IT) Bill, which has been pending for long in the Parliament.

Minister Gurung said that some people were making objectionable remarks against the president, prime minister, and judiciary on various social networking sites such as Facebook and Youtube in the name of freedom of expression. “So, the directive is aimed at curbing such remarks,” he said.

“Nepal Government of wants to warn the society against supporters of anarchy, corruption, and anomalies, while also urging the mass media as well as social media against creating disorder and indecency,” he said.

The draft of the directive mentions that the failure of social media companies to register with the Information Department of Nepal within three months of the directive’s implementation will mean that they will be banned from operating in the country.

The new directive comes at a time when dissenting and critical voices against the incumbent government are loud on social media platforms. The government is working its way through a loophole – repackaging IT Bill as a new directive — after it couldn’t pass the draconian IT Bill through the Parliament.

Since Prime Minister KP Sharma Oli took office in February 2018, at least six journalists have been detained. Several internet users have been arrested for their “activities on social networks” — only a negligible number of whom comprised perpetuators of online sexual assault/harassment while most were critical of current government.

The Information Technology Management Bill was tabled in the House of Representatives for further discussions after being endorsed by the Development and Technology Committee on January 2.

IT Bill is one of the several proposed new legislations that uses vague and broad clauses to unduly restrict the right to freedom of expression.

WHAT THE GOVERNMENT SAYS

The Bill will replace the existing Electronic Transaction Act (ETA) and has been touted by the government as the most comprehensive and clear bill to address the long-held concerns around IT management.

WHAT IT BILL ACTUALLY IS

The Bill has prescribed a fine up to Rs1.5 million and/or five years’ imprisonment for individuals who post online contents to “sexually harass, bully or defame others”.

According to Amnesty International, several provisions in the IT Bill do not meet international human rights law and standards. For example, section 94 of the bill vaguely criminalizes people who post content on social media if it is deemed to be against “national unity, self-respect, national interest, relationship between federal units”.

Other provisions of the Bill, which are open to wide interpretation, could also be abused to stifle critical opinions, satire, public dialogue, and public commentary. For example, the bill prohibits “teasing”, “deceiving”, “demotivating”, and “demeaning”.

Section 88 of the Bill also restricts the publishing of such content through use of any electronic medium, which could include news sites, blogs and even emails.

Section 115 of the Bill envisions an “Information Technology Court” in each of the seven provinces around the country, with the mandate to deal with all issues under the bill, including criminal liability.

As the Bill authorizes the government to appoint the members of the court bypassing judicial council, this poses serious concerns on the influence of the executive over these courts, the independence of the judiciary and fair trails guarantee in such courts.

Under international human rights law, states are permitted to limit the right to freedom of expression, but these limitations must be set forth in law in a precise manner, and be necessary and proportionate to a legitimate aim, as stipulated in the International Covenant on Civil and Political Rights to which Nepal is a party.