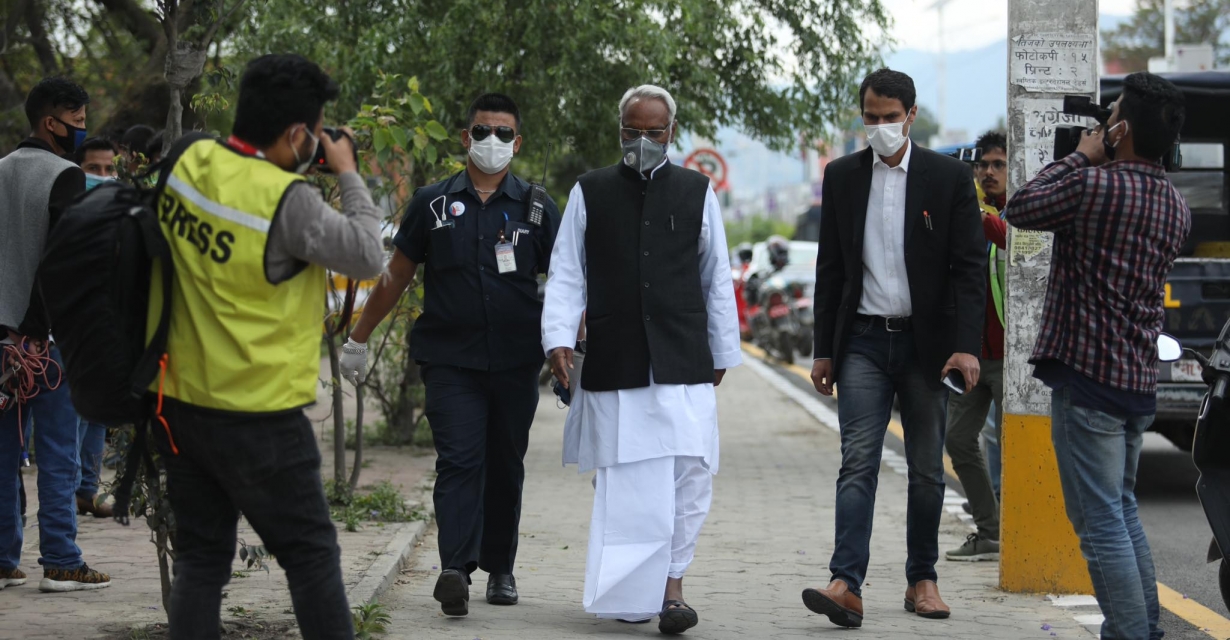 After repeated talks between both sides, the government and the Janata Samajwadi Party-Nepal (JSP-N) have come close to forming an understanding.

Both sides have said that the government will fulfill the demands raised by JSP-N and there will be no written agreement on these issues.

There is an understanding between the two sides that the government will continue to work towards fulfilling JSP-N’s demands and until then, the party will not hold discussions with the Nepali Congress and CPN-Maoist Center regarding balance of power.

Most of the meetings between the two sides have been attended by Prime Minister Oli on behalf of the government and Chairman Mahanta Thakur as well as senior leader Rajendra Mahato on behalf of JSP-N.

Nemwang said that the talks between the government and JSP-N were focused on five issues and that work towards meeting their demands was moving ahead in war footing.

Prime Minister Oli has been urging JSP-N to support the government in exchange for fulfilling the party’s demands. He had planned to get the vote of confidence in the House of Representatives with JSP-N’s support.

However, JSP-N said the party would not support the government until their demands were met. After that, the Prime Minister had asked JSP-N not to engage in power-sharing talks with the Nepali Congress and CPN-Maoist Center.

JSP-N has submitted a list of 208 people to the government and demanded their release. These people have been indicted in 24 cases and JSP-N has been demanding to dismiss their case after their release.

“The ministries are said to be working on withdrawing the cases and releasing the detainees,” Karna said.

JSP-N has also demanded that the government make public the report by the Lal Commission, cases against its leaders/activists arrested during agitations be withdrawn, prisoners be released, the constitution be reviewed and the Citizenship Bill be passed only with their consent.

The High Level Commission of Inquiry, 2016, was formed under the leadership of former Supreme Court Justice Girish Chandra Lal to investigate the facts of the Tarai-Madhes and Tharuhat movements. The commission had submitted its report to the then Prime Minister Sher Bahadur Deuba on December 15, 2017.

The report has not been made public yet despite JSP-N’s repeated demands publicise it.

According to the leaders of both sides, an understanding is being reached to form a constitution review commission and move ahead by preparing a proposal within a certain time frame.

The dismissal of charges of and release of detainees will be decided by the Council of Ministers in the next few days. It is said that an understanding has been reached between the government and JSP-N to reach a consensus on all the parties to move the Citizenship Bill forward.