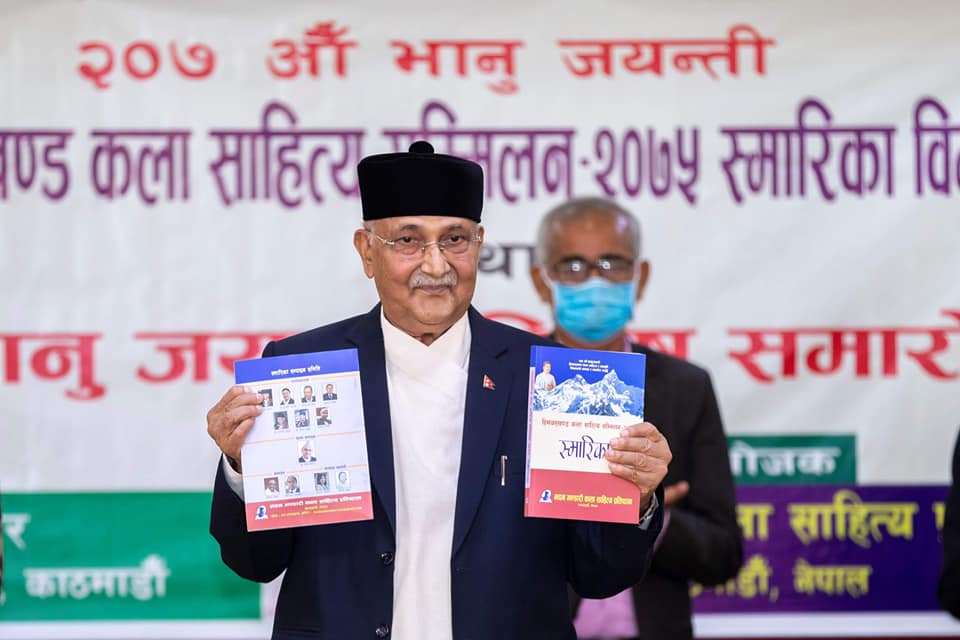 After Prime Minster KP Sharma Oli on Monday made an off-the mark comment that India is manipulating cultural and historical facts by creating a fake Ayodhya in India, which in fact is a village west of Birgunj was received with strong criticism not only in India, but many in Nepal including ruling party leaders, the Ministry of Foreign Ministry has clarified that PM’s claims were non-political and had no intent of hurting sentiments.

Issuing an official statement on Tuesday, Foreign Ministry said that the government’s attention had been drawn to the various interpretations of the remarks made by the Prime Minister during the 207th birth anniversary celebration of Adikavi Bhanu Bhakta Acharya, the author of the Ramayana in Nepali language.

The statement added that the Ministry of Foreign Affairs would like to clarify that the remarks made by the Prime Minister are not linked to any political subject and have no intention at all to hurt the feeling and sentiment of anyone.

“As there have been several myths and references about Shri Ram and the places associated with him, the Prime Minister was simply highlighting the importance of further studies and research of the vast cultural geography the Ramayana represents to obtain facts about Shri Ram, Ramayana and the various places linked to this rich civilization” the statement read.

“The remarks were not meant to debasing the significance of Ayodhya and the cultural value it bears.”

It added, “It may be underlined that the tradition of celebrating Bibaha Panchami where a marriage procession coming from Ayodhya, India to Janakpur, Nepal takes place every year. The Prime Ministers of Nepal and India launched the Ramayana Circuit in May 2018, of which Janakpur-Ayodhya Passenger Bus Service is an important component. These facts signify the bond of time honoured cultural affinity between our two countries and peoples.”

PM Oli’s ‘claim’ came at a time when diplomatic relations between Nepal and India are at a sensitive juncture over border issues.

India’s Hindu far-right believe Ram was born at the site of a medieval-era mosque. The Babri mosque was demolished by a Hindu mob in 1992.

Last year India’s Supreme Court gave the disputed land to Hindus to build a Ram Temple, asking Muslims to build a mosque far from the site.