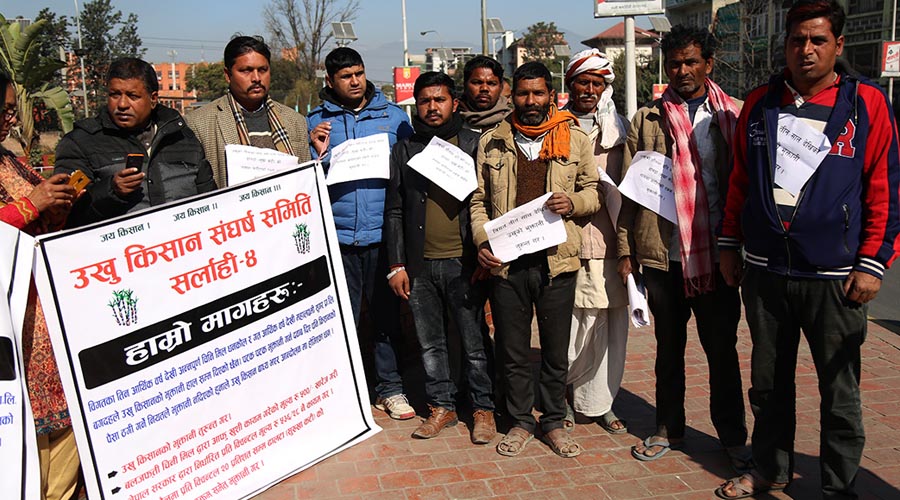 Sugarcane farmers, who were confident to receive their outstanding payments from sugar producers by the end of this week, have been left disappointed once again. The producers paid farmers Rs 150 million even though they had promised to clear Rs 1 billion due by yesterday.

The Ministry of Commerce and Supplies has written to Nepal Rastra Bank asking it to block the bank accounts of Annapurna and Lumbini sugar mill owners.

Spokesperson and joint secretary of the Ministry, Dinesh Bhattarai, informed that the sugar mill owners would be barred from all financial transactions until the farmers are paid.

Bowing to the pressure from all sectors, sugar mill owners had earlier made a commitment that they will pay the remaining due within Tuesday.

This, however, is not the first time that sugar producers have deceived the farmers. The government rarely takes any solid action against sugar producers who fail to pay farmers for their crops. And since farmers usually take bank loans to grow sugarcane, they are exploited by banks, sugar mill owners and the government when their payment is stalled.

Despite the fact that this year’s harvest was significantly high, the sugar producers didn’t hand the farmers the due amount. Hence, sugarcane farmers were compelled to come to the central capital a few days ago to stage protests demanding to get paid.

According to officials at the Ministry of Agriculture, Mahalaxmi Sugar Mill, Annapurna Sugar Mill, Shreeram Sugar Mill and Bagmati Sugar Mill have not paid the farmers for years now.