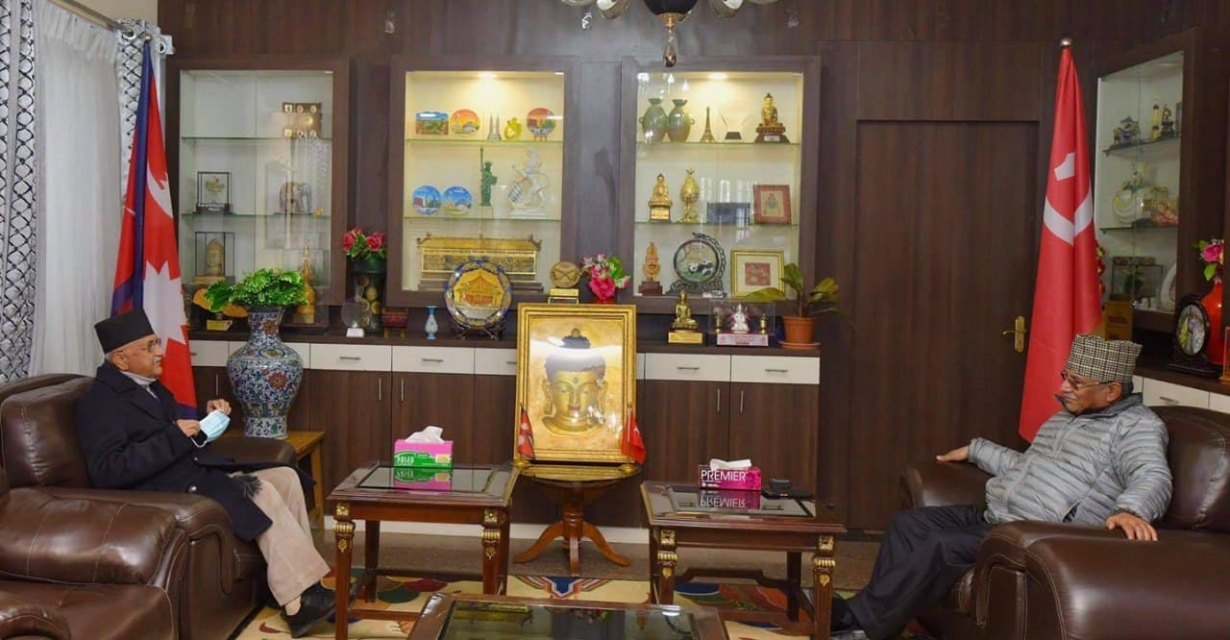 The Election Commission (EC) has rejected the claims of legitimacy by both factions of Nepal Communist Party (NCP) – one led by KP Sharma Oli and another led by Pushpa Kamal Dahal as well as Madhav Kumar Nepal.

A meeting held on Sunday decided to reject the demands of both the parties that they be recognized as the official NCP.

The Commission has concluded that the decisions taken by the Prime Minister and party co-chair KP Sharma Oli as well as another co-chair Pushpa Kamal Dahal along with Madhav Kumar Nepal were not in line with the party’s constitution.

Although both factions claimed their side to be authentic and authorized, EC said their claims and decisions cannot be legally recognized.

As the Commission has rejected the decisions made by both factions of the party and termed them illegal, NCP is still legally a unified party unlike claimed by the Oli and Dahal factions. Similarly, Oli and Dahal are still the two chairmen of NCP in the Commission’s records.

With the decision of Prime Minister Oli to dissolve the House of Representatives and go for snap mid-term elections for April 30 and May 10, the ruling NCP has reached a climax for split and the party is virtually divided into two factions.

Since then, the two party chairs — Oli and Dahal — have decided to form separate groups and take action against each other.

After the dissolution of the House of Representatives, Dahal had earlier removed Oli from the post of party co-chair as part of disciplinary action and appointed Nepal in Oli’s place. The faction on Sunday decided to strip Oli of even the party’s general membership.

The Dahal-Nepal faction has also claimed at the Election Commission that his side had two-thirds majority of the 441 central members of NCP.

Similarly, the Oli faction had decided to expand the central committee by amending the party’s constitution, stripping Dahal of his executive powers, and signing the party’s official correspondence with him as the chairman.

Oli also changed the party’s spokesperson and expanded the 441-member central committee to 1,501 members by amending the party constitution.

However, with EC’s latest verdict, all decisions taken by either faction of NCP would be illegitimate.

Both Oli and Dahal factions have been holding mass rallies as well as other programs as a show of strength across the country ever since the House dissolution.