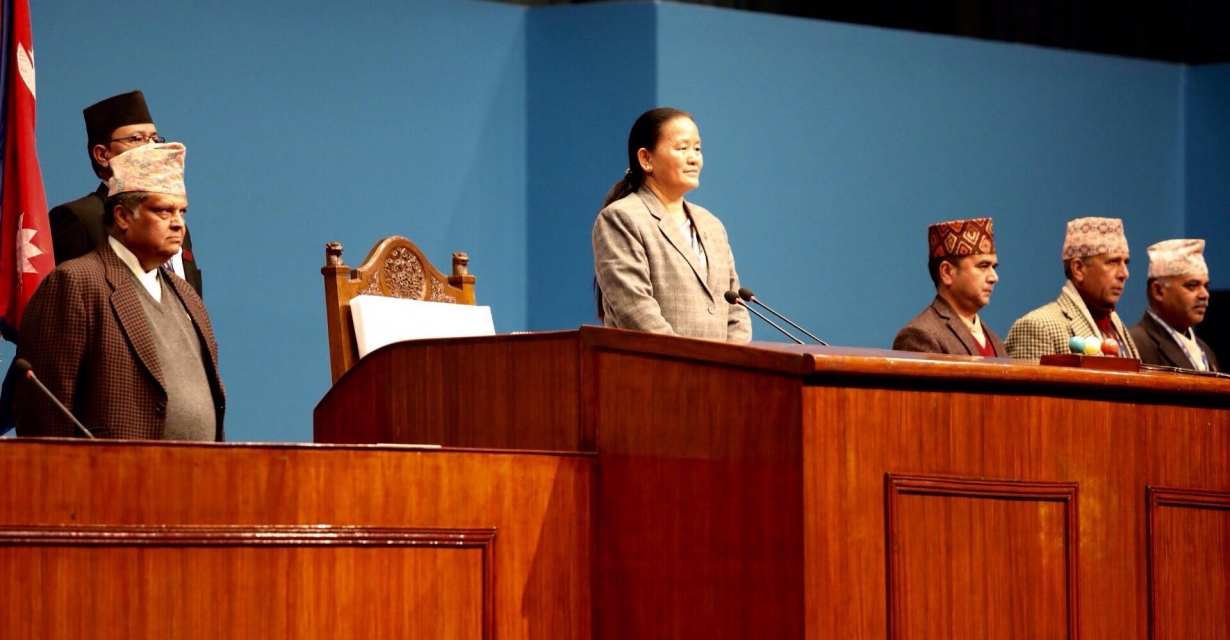 Deputy Speaker of the House of Representatives (HoR) Shiva Maya Tumbahangphe has resigned from her post.

Tumbahangphe handed over her resignation to the Parliament Secretariat today afternoon.

A secretariat meeting of the Nepal Communist Party (NCP), held at the Prime Minister’s residence in Baluwatar yesterday, decided to request Tumbahangphe to step down from her post to make way for the appointment of a new Speaker.

Earlier, Tumbahangphe told the party leadership that she had experience and qualification required for the post of speaker and she should be given a chance to contest for the post.

However, NCP (NCP) co-chairs Prime Minister KP Sharma Oli and Pushpa Kamal Dahal responded to the deputy speaker saying they would discuss the issue in the party and let her know their decision, but that she should be ready to accept what they decide as she was also a party member.

The position of HoR Speaker has remained vacant since the arrest and resignation of Krishna Bahadur Mahara in October after he was charged with attempt-to-rape.