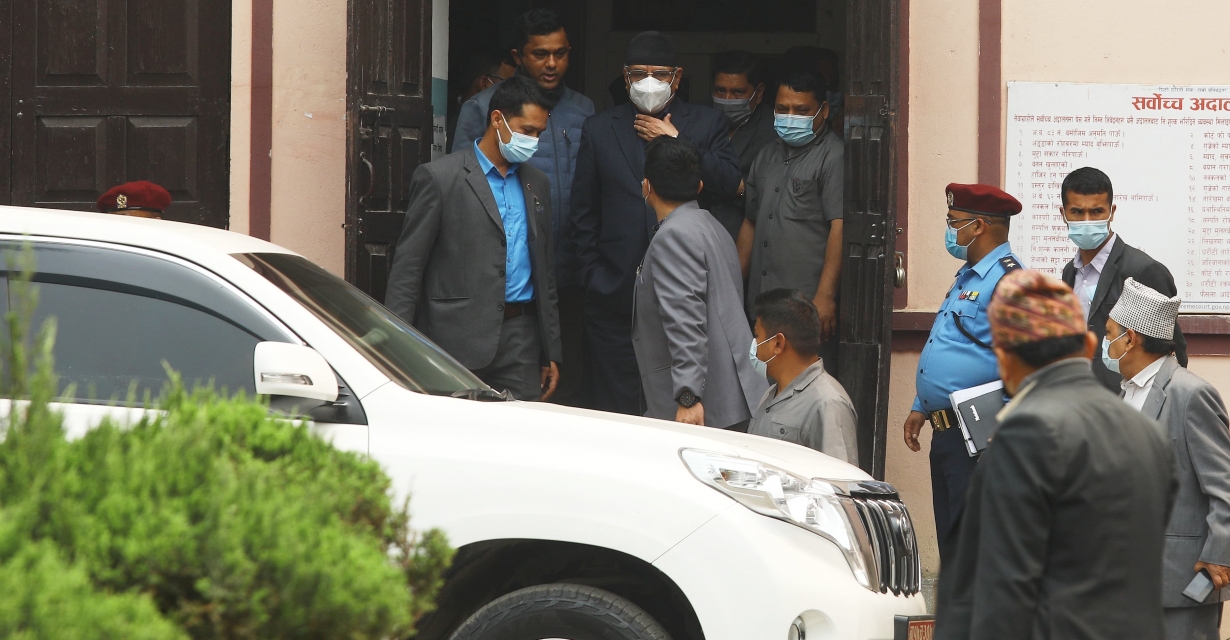 Chairman of the CPN-Maoist Centre (CPN-MC) Pushpa Kamal Dahal on Tuesday filed a review petition at the Supreme Court challenging its earlier ruling to give away party name – Nepal Communist Party (NCP) — to another person and therefore nullify the unification between CPN-UML and CPN-MC.

A joint bench of justices Bam Kumar Shrestha and Kumar Regmi on March 7 had ruled to overturn the Election Commission’s decision of registering the name Nepal Communist Party (NCP) co-run by KP Sharma Oli and Pushpa Kamal Dahal and given the name to Rishi Ram Kattel.

Dahal’s petition stated that the division bench’s verdict questioned the legality of multiple NCP (NCP) representatives who were elected on NCP tickets, including the party president and the vice-president.

Talking to mediapersons outside the court, Dahal expressed hope that the ruling would be rectified as the verdict was unnatural and political in nature.

“The plaintiff had only sought change of name and not the nullification of the NCP but the division bench nullified NCP’s unification,” Dahal said.

“How can NCP’s nullification be justified when Section 6 of the Political Party Act stipulates that if a registered party’s name matches with the name of any other party, then it should be given a chance to make corrections?” Dahal asked in his writ petition.

The apex court had not only scrapped the name of NCP, jointly led by Oli and Dahal, but also invalidated the merger between CPN-UML and CPN-MC.

The verdict helped put Oli in majority, paving him legal grounds to take action against the rival faction leaders including Madhav Kumar Nepal of UML.

CPN-UML and CPN-MC had announced unification on May 17, 2018 but suffered a vertical split after Oli dissolved the lower house of the parliament earlier in December.