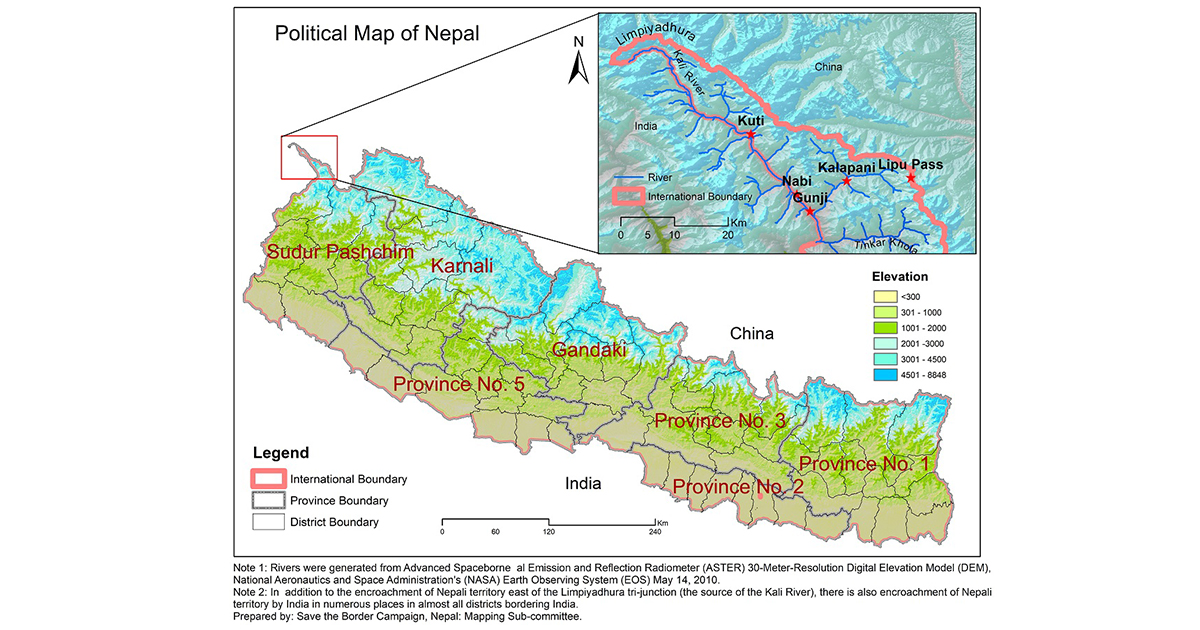 This map as shared by Save the Border Movement is a suggestive (accurate) map. The original map is yet to be shared by the government of Nepal.
Council of Ministers endorse new map of Nepal which includes disputed Kalapani territory
Read Time: 1 minutes

The Council of Ministers of Nepal, on Monday, endorsed a new political map of Nepal. The new map includes disputed territories of Kalapani, Limpiyadhura, and Lipulek within Nepal’s territory.

While the official map is yet to be released by the government, the above image, as shared by Save the Border Campaign, Nepal, Mapping Subcommittee broadly defines the new map of Nepal. The Kalapani-Lipulekh land dispute had resurfaced in November, after India released a new political map including the disputed territory as their own – Nepal strongly protested. While dialogues stalled, India inaugurated a road connecting India with  Mansarovar, Tibet Autonomous Region which passed along the disputed region.

Pursuing diplomatic efforts, Nepal government said it protested the inauguration of the road, to which the Indian government said it believed the road traversed through their own territory, and that any further discussion on the subject would be pursued after the coronavirus health emergency subsided. Following the development, Nepal decided to publish an updated political map – and on Monday, was approved by the Council of Ministers.

The updated map will be released soon, as per the government of Nepal.