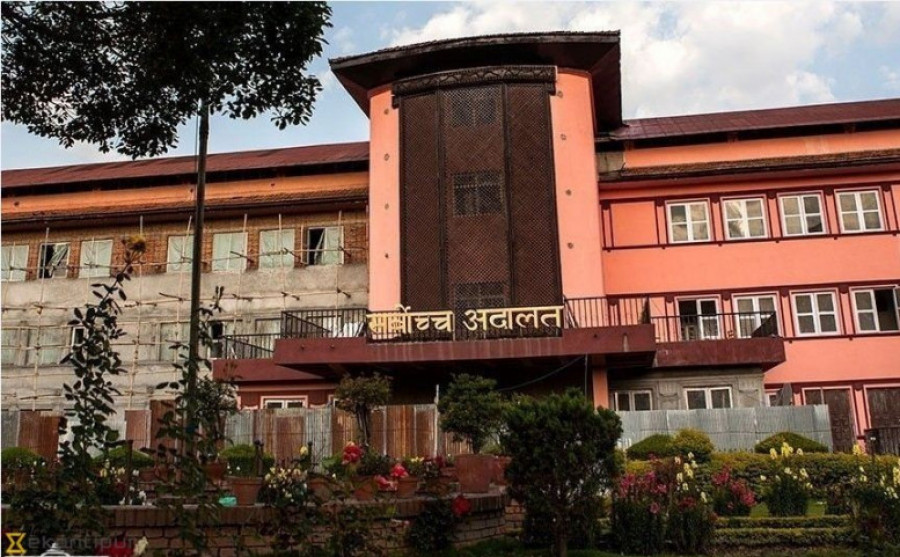 The Supreme Court has spared Prime Minister KP Sharma Oli as a defendant as it registered a contempt of court case filed against Minister of Health and Population Bhanu Bhakta Dhakal and Oli.

Though advocates Lokendra Oli and Keshar Jung KC had filed the case at the apex court with both Oli and Dhakal as defendants, the court yesterday spared the PM stating that he was not named a defendant in the original case.

In a response to the advocate duo’s earlier petition, the Supreme Court on October 1 had directed the government to provide free test and treatment for COVID-19.

The petitioners had argued that all citizens had the right to seek basic health services free of cost as per Section 3 (4) of the Public Health Service Act.

However, in defiance of the court order, the government announced on October 18 that state-run hospitals will charge the public for test and treatment of COVID-19.

Following the decision, the two advocates had filed a contempt of court case on Sunday naming the PM and Health Minister as defendants for defying the apex court’s directive to the government to provide free test and treatment.

The first hearing of the case is scheduled for today.

Meanwhile, the Office of the Attorney General (OAG) on Monday filed a review petition on behalf of the Ministry of Health and Population against the apex court’s order passed on October 1 that directed the government to provide free test and treatment for COVID-19.

The Supreme Court failed to consider the fact that the government has been providing free test and treatment to those who cannot not afford it, OAG has argued in its petition.

The Health Ministry has also argued that COVID-19 is not a disease whose treatment can be listed in basic health service and the decision to charge some categories of people for test and treatment was in view of the country’s limited economic resources.

The Health Ministry has cited that countries including India, USA, Italy, and Spain were also charging people for PCR tests.