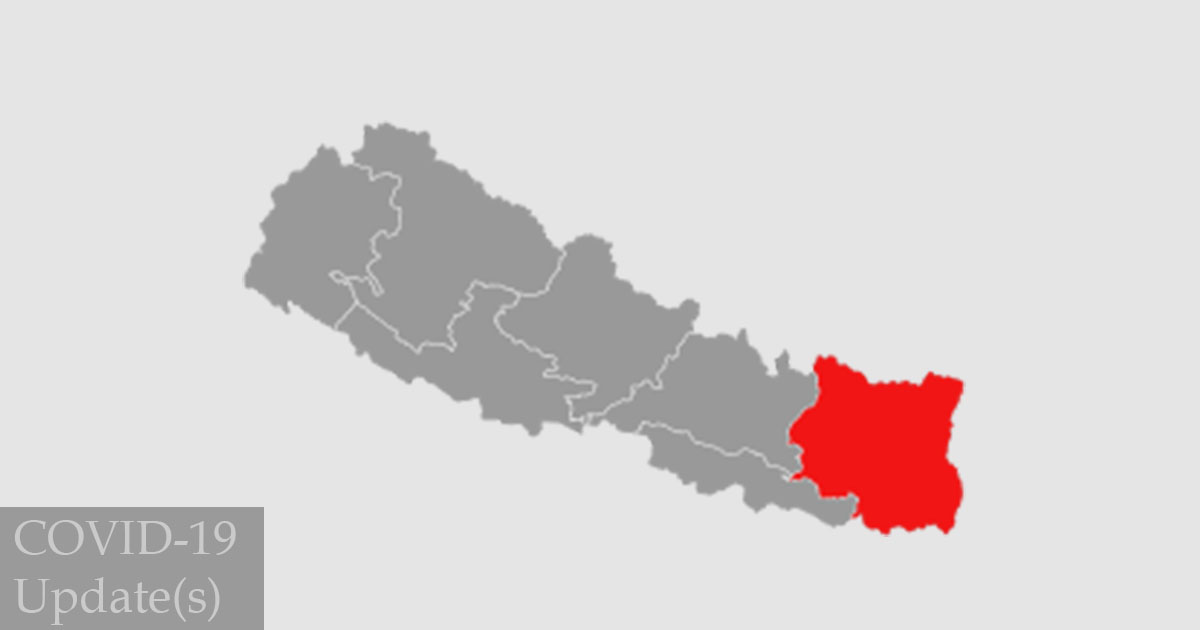 Concerns for Province 1 rises after after person tests positive from Jhapa District
30 out of 49 cases in Nepal from Province 1
Read Time: 2 minutes

Nepal has confirmed its 49th case of COVID-19 on 24th April, 2020. As per an update by MoHP at 07:45 p.m., the patient is a 62 year old from Jhapa District of Province 1. His swab sample was sent to BPKIHS in Dharan, and a subsequent PCR test confirmed the infection. Preparations to transfer him to Biratnagar are underway.

Details about the person’s travel history or other details including contact tracing have not been shared by the Ministry, however, the patient is said to be from Damak, and a possible source of infection could be his son who returned from Dubai on 17th March, 2020.

Earlier, Nepal’s 48th case was also reported from Bhojpur District of Province 1. The 48th case, a 26 year old male said to have arrived from Saudi Arabia via a Himalayan Airlines flight on 13th March.  He disregarded instructions to isolate for 14 days, and left for Sunsari District the next day. He is said to have spent time in Itahari, Dharan before heading to Udayapur, and then finally to his hometown in Bhojpur.

Including the 49th case, Province 1 has reported a total of 30 cases, 28 from Udayapur District, 1 from Bhojpur, and 1 from Jhapa. While Udayapur district has been placed under high surveillance, and comments on testing in the additional two districts could not be received.

Meanwhile, residents of the Province 1 have been raising concerns, especially those of Damak Municipality, after realising a possible source of infection was amidst their region. “We are kind of scared following reports of the confirmation – hopefully the government will trace and test everyone”, Ramesh Adhikari, a resident of Jhapa who said.