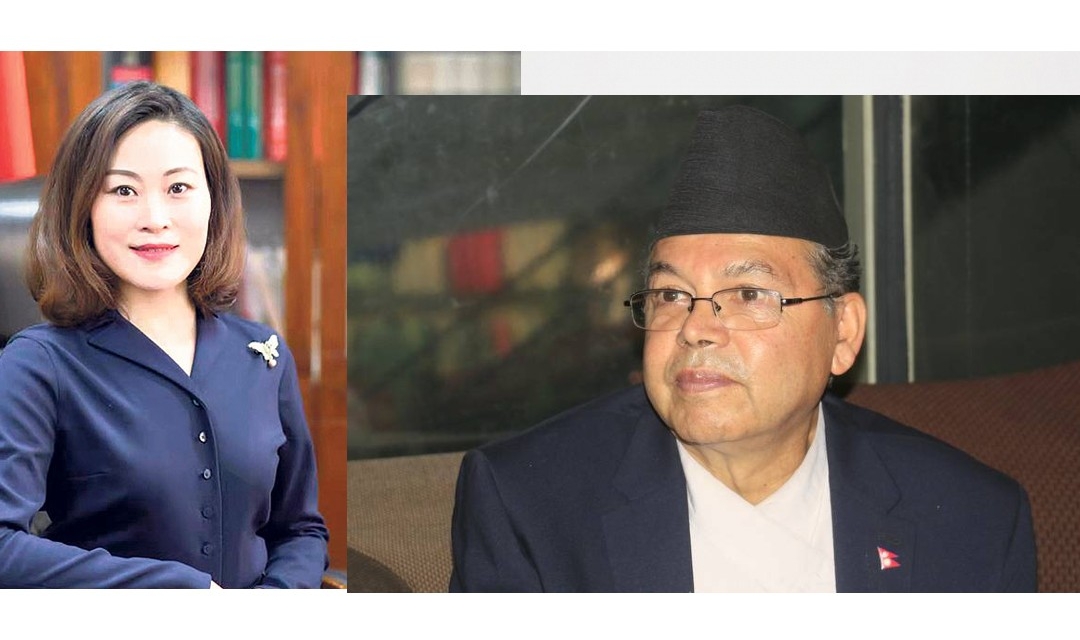 Chinese envoy to Nepal Hou Yanqi held a meeting with a senior leader of the ruling Nepal Communist Party (NCP) Jhala Nath Khanal at the latter’s residence in Dallu on today morning.

Reportedly, the under-secretary from the Ministry of Foreign Affairs and posted at the President’s office was not informed about the meeting between Bhandari and Hou.

The Chinese Ambassador meeting with NCP leaders as well as the President at a time when NCP is riddled with intra-party dispute has raised eyebrows with political parties terming the Chinese envoy’s series of meetings as interference in Nepal’s internal political affairs.

It has been reported that Ambassador Hou expressed concern over disputes that has surfaced within the ruling party and suggested to work toward resolving the differences during her meeting with Khanal.

The Pushpa Kamla Dahal factions of NCP has been mounting pressure on Prime Minster KP Sharma Oli to step down as both the prime minister and party chairperson.