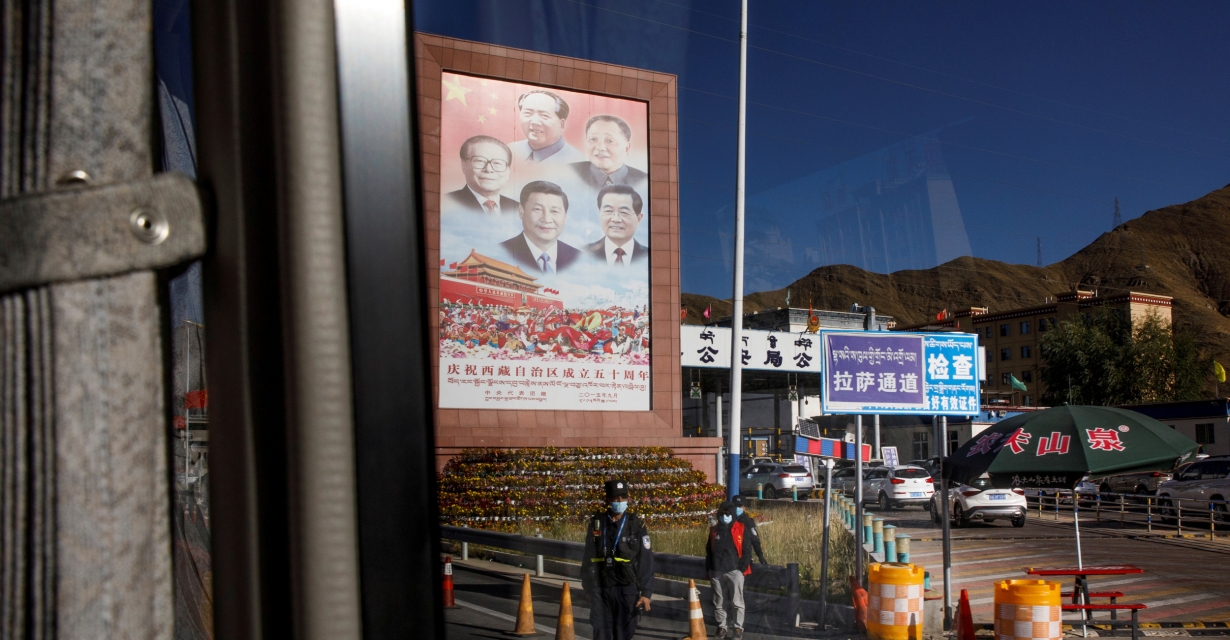 LHASA, China, Oct 15 (Reuters) – Top officials in Chinese-administered Tibet on Thursday defended a vocational training program that some critics have called coercive, and urged Tibetans not to “overdo” religion, during a briefing with foreign journalists on a rare visit to the region.

The transfer program, which involves government-set quotas for labourers and includes a focus on ideological training, has riled rights groups and Tibetan activists outside China, who say it is coercive – an assertion China rejects.

The program, aimed at lifting skills and incomes, has involved about 15 percent of Tibet’s population of 3.51 million. China is embarked on a multi-year plan to eradicate deep poverty by the end of 2020.

“There is no element of coercion,” Che Dhala, Chairman of the Tibet Autonomous Region, said in response to a question on whether nomads are forced to participate in the training programs, adding that people are trained in skills they want, such as driving or welding.

Che also said that Tibetans should not “overdo” religious consumption, and should follow the country’s ruling Party for a “happy life”.

Religion is a highly sensitive topic in Tibet, where the leader of Tibetan Buddhism, the Dalai Lama, fled following a failed uprising against the Chinese administration in 1959.

“As long as they work hard to get rich, listen to the party, follow the party, and get down to doing things, their future will be more beautiful,” Che said during the briefing, where officials outlined poverty alleviation efforts.

“This kind of beautiful life needs to be achieved by correctly and rationally understanding religion. We hope that people will not overdo it, that is, religious consumption that exceeds the family’s capacity,” he said.

By the end of 2019, all 628,000 registered poor living in Tibet had been lifted out of poverty and their average annual income had risen to 9,328 yuan ($1,388), local officials said on Thursday. That compares with an average monthly salary of 10,000 yuan in Beijing.

Tibet is one of the most restricted and politically sensitive regions in the country, and foreign journalist visits are tightly controlled.

Asked about restrictions that bar foreigners from going to Tibet outside of government tours, Wu Yingjie, the Communist Party Secretary of the Tibet Autonomous Region, said officials believed the region’s environment was too dangerous for foreigners to travel independently.