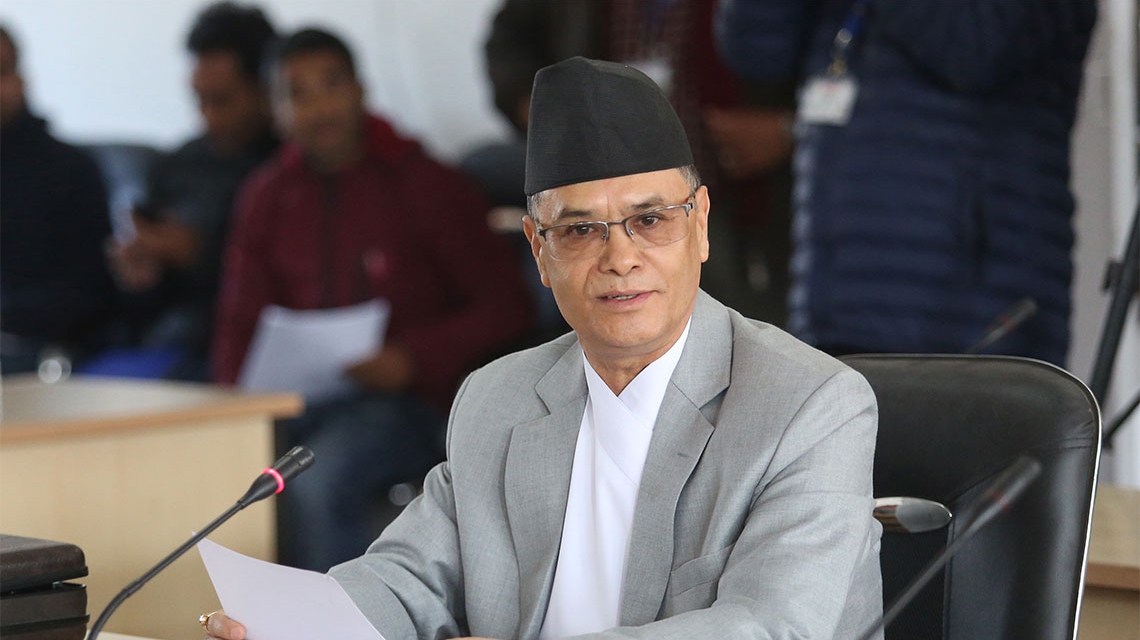 Chief Justice Cholendra Shamsher JB Rana has reportedly sent a proposal for a ‘graceful exit’ to his fellow justices. As the lawyers seeking his resignation were holding a discussion on Sunday, Justice Manoj Sharma reportedly brought Chief Justice Rana’s proposal to the table.

“Following the proposal, justices Anil Kumar Sinha, Sapana Pradhan Malla and Manoj Kumar Sharma have been unofficially given the responsibility to understand the Chief Justice’s proposal more clearly,” a Supreme Court justice was quoted as saying.

Justices of the Supreme Court and lawyers Nepal Bar association have said that they cannot accept Rana as the judicial leader because he made political deals with the executive at the cost of the judiciary’s dignity, obstructed justice, and played games of politics with the judicial administration.

As many as 15 justices of the Supreme Court had earlier met CJ Rana on Tuesday and urged him to resign from his post as he had eroded the dignity of his position.

Lawyers, under the leadership of Nepal Bar Association, staged a sit-in at the Supreme Court on Sunday with their demand. With the controversy surrounding the nation’s highest court, hearings have come to a standstill.

Chief Justice Rana had earlier said that his way out was enshrined in the constitution and he was ready to go through due process. “My appointment was constitutional and I will follow the rules enshrined in the statute,” he had said adding, that he would not resign under “pressure or influence”.

However, amid much duress, Rana has now proposed a dignified exit. He has yet to disclose the time of his exit and the nature of cases he’ll be handling until his leaves office, among other details.

Former CJs as well as other lawyers have raised questions over Ran’s professional integrity and commitment to uphold the judiciary’s independence.

While a number of decisions made by the Supreme Court have drawn flak, Chief Justice Rana courted a serious controversy most recently for his alleged bargain to make his brother-in-law a minister in the Sher Bahadur Deuba-led Cabinet. Following public outcry, Rana’s brother-in-law Gajendra Hamal resigned soon after being appointed as minister.

A fresh controversy surfaced in the legal fraternity after Rana expressed his reluctance to implement a lottery system to allocate cases for hearing at the Supreme Court though he had agreed for the same in the past.

Former justices have called on the House of Representatives to conduct an impartial inquiry into all controversies surrounding the Chief Justice if he does not resolve the issue by himself.

Prior to this, Chief Justice Rana had courted controversy as a section of the media reported that he had sought his share in the appointments to various constitutional bodies as well as ministries during the KP Sharma Oli-led government.

Writ petitioners have alleged that Chief Justice Rana has been deferring the case related to the appointments to various constitutional bodies.

Earlier, the Supreme Court had issued a statement denying the allegations against the Chief Justice.

CJ Rana first courted controversy nearly two decades ago after he ruled in a case registered at the Biratnagar Appellate Court that playing the game of cards ‘marriage’ was not gambling.