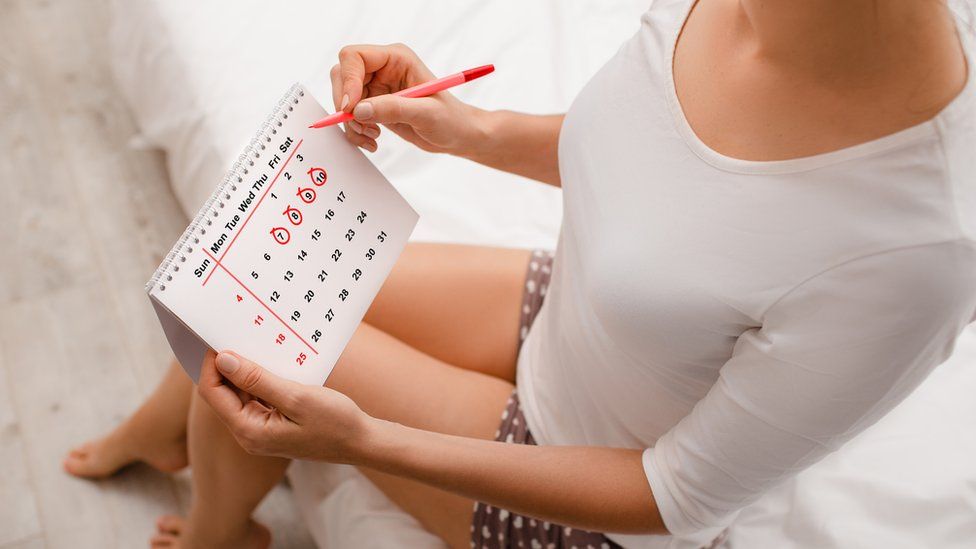 Changes to periods and unexpected vaginal bleeding after having a Covid vaccine should be investigated to reassure women, says a leading immunologist specialising in fertility.

Writing in the BMJ, Dr Victoria Male, from Imperial College London, said the body’s immune response was the likely cause, not something in the vaccines.

There is no evidence they have any impact on pregnancy or fertility.

The UK’s regulator has received more than 30,000 reports of period problems.

These include heavier than usual periods, delayed periods and unexpected bleeding after all three Covid vaccines, out of more than 47 million doses given to women in the UK to date.

After reviewing the reports, the Medicines and Healthcare products Regulatory Agency (MHRA) says it “does not support a link” between Covid vaccines and the symptoms.

Menstrual disorders are extremely common, can be caused by many different things, and the numbers of women affected are low, it says.

Period changes have also been reported by some women after infection with the virus itself, and with long Covid.

However, writing in an opinion piece in the BMJ, Dr Male says “robust research” into reports of period problems would help to counter misinformation around the vaccines.

“Vaccine hesitancy among young women is largely driven by false claims that Covid-19 vaccines could harm their chances of future pregnancy. Failing to thoroughly investigate reports of menstrual changes after vaccination is likely to fuel these fears.”

“If a link between vaccination and menstrual changes is confirmed, this information will allow people to plan for potentially altered cycles,” she said.

Dr Male, a lecturer in reproductive immunology, said “clear and trusted information” was important for women who rely on being able to predict their cycles.

And she said the effects of any medical intervention on menstruation should not be “an afterthought” in future research.

Scientists don’t yet understand exactly how vaccines could cause period changes. They may be linked to the impact of the immune system – which is stimulated by the vaccine – on hormones driving the menstrual cycle, but they could also be caused by immune cells acting differently in the lining of the uterus.

Other vaccines, such as HPV or human papillomavirus, have also been linked to similar menstrual changes – but there has been little research carried out on how and why it happens.

Scientists agree that women’s ability to have a baby is not affected by the vaccines. Trials show that vaccination did not change women’s chances of becoming pregnant naturally or during fertility treatment. Research into male fertility after vaccines also shows no impact on sperm quality.

Dr Jo Mountfield, vice-president of the Royal College of Obstetricians and Gynaecologists (RCOG), said changes to periods could be concerning, but generally lasted only one or two cycles.

She encouraged anyone who experiences heavy bleeding which is unusual, especially after the menopause, to speak to a healthcare professional for advice, but she emphasised there was no risk of long-term harm.

“There is no evidence to suggest that these temporary changes will have any impact on a person’s future fertility, or their ability to have children,” Dr Mountfield said.

The RCOG said vaccination was the “best protection” against coronavirus, especially if planning a pregnancy, because unvaccinated pregnant women are at higher risk of becoming seriously ill from Covid than other women of the same age.

It also called for more research into why women may experience changes to their menstrual cycle after the vaccine.