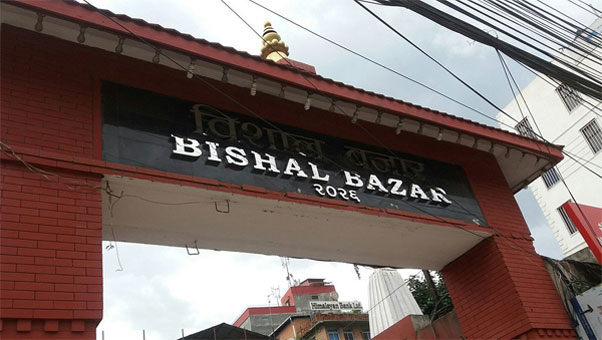 Bishal Bazaar gets a 24-hr ultimatum to report at the ward office with its blueprints
Read Time: 1 minutes

Kathmandu Metropolitan City has given the New Road-based oldest shopping centre Bishal Bazaar to appear at the local ward office within 24 hours with its blueprints.

On Monday, the team of the metropolis inspected the site of the large market and found that the shops in the basement were built in an unauthorised manner. Also, it was reported that there was no map of the building. Bishal Bazaar Company however has claimed that the shops are legal.

Meanwhile, the KMC team has also reached Suraj Arcade, Makkhan Plaza, Chanda Chakor and Chandra Mahal among others for monitoring.