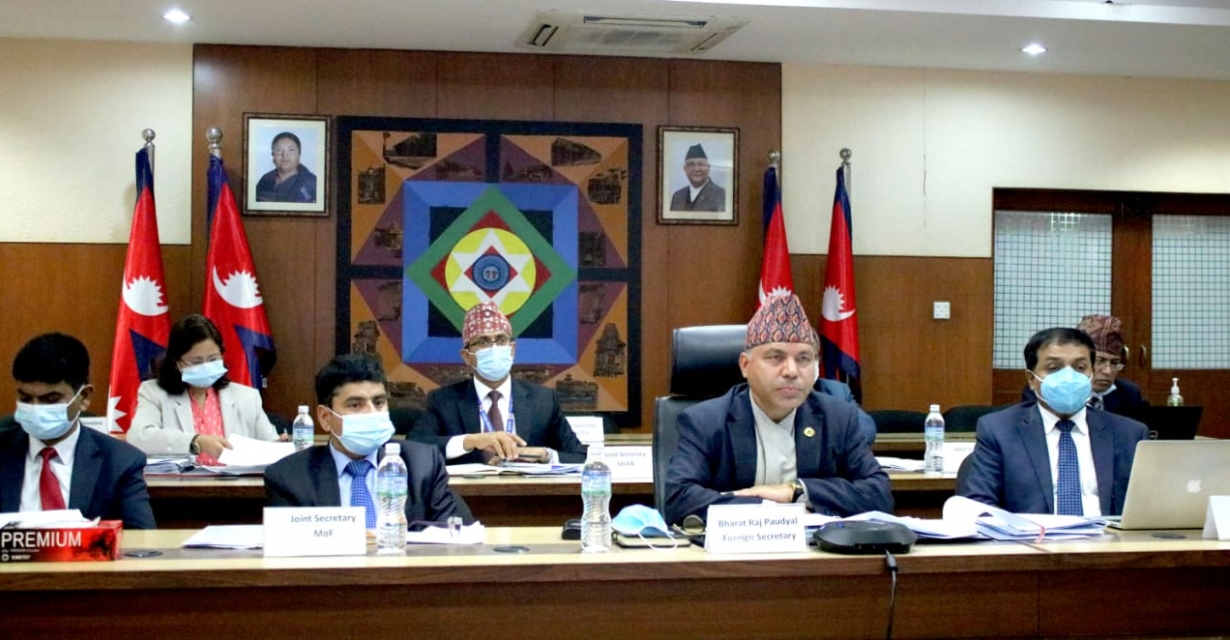 Delivering his remarks, Foreign Secretary Paudyal made an assessment of progress made by the BIMSTEC in implementing the decisions of the 4th BIMSTEC Summit held in Kathmandu in August 2018 and other high-level meetings following the Summit.

He called for taking concerted efforts to make BIMSTEC an effective organization through deeper cooperation among the Member States for progress and prosperity of the people in the BIMSTEC region.

The Special SOM Session touched upon a range of pertinent matters of the organization such as norm setting and institutional building, streamlining of the sectors and sub-sectors of cooperation under BIMSTEC, finalizing of the legal instruments and documents including the BIMSTEC Charter, BIMSTEC Master Plan for Connectivity, and revising of budget of the BIMSTEC Secretariat for FY 2020 and estimated budget for FY 2021.

The Meeting was hosted by Sri Lanka, the current Chair of the BIMSTEC.

The meeting, however, failed to discuss the ongoing military coup in Myanmar, which is also a BIMSTEC member country.

The BIMSTEC summit, which should be held every two years, had been postponed since it was held in Nepal in 2018.

Sri Lanka had not been able to hold the fifth summit due to COVID-19.

On the day of the military coup, Nepal’s Ministry of Foreign Affairs had issued a statement stating that the problem should be resolved keeping in mind the wishes of Myanmar citizens and within the democratic and constitutional process.