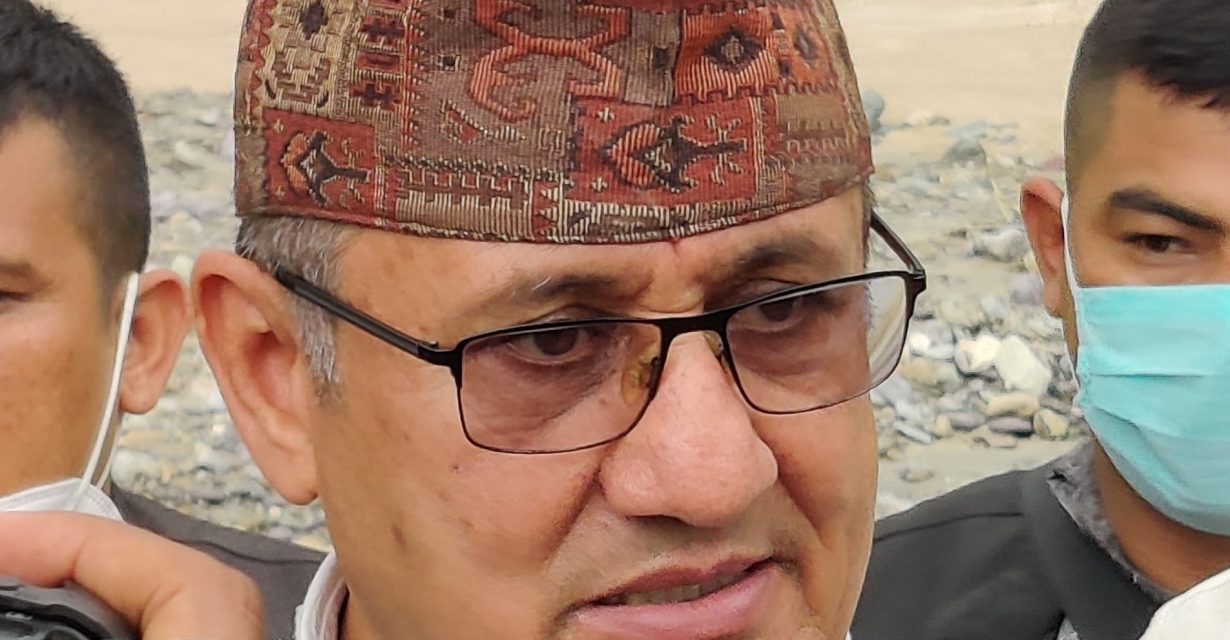 CPN (UML) leader Bhim Acharya has been appointed and sworn –in as the new Chief Minister of Province 1 after Sherdhan Rai resigned as the leader of the parliamentary party on Thursday.

Following his appointment, Acharya said that treatment of COVID-19 patients and management of vaccines against coronavirus would be his government’s top priority. He added that the decision to change the provincial government was taken to keep UML’s unity intact, adding that UML would maintain its majority in the Provincial Assembly.

Acharya further informed that he would expand the cabinet in a couple of days. Of the 93 members of the Provincial Assembly, 51 belong to CPN (UML).

Of them, only 26 were present at the parliamentary party meeting on Thursday. Many assembly members could not attend the meeting because they were reportedly outside the district and because the meeting was called in a hurry.

Reportedly, Rai had proposed Acharya’s name for the new chief minister. As per sources, Rai decided to resign from the post as per the instruction received from the party’s headquarters.

Other leaders of CPN-UML allege that the post of Chief Minister was a reward given by Chairman KP Sharma Oli to Acharya for changing the latter’s allegiance. Acharya was earlier close to the Madhav Kumar Nepal-led faction of CPN-UML.

Acharya, however, will not be able to stay in office as Chief Minister for long as lawmakers close to Madhav Kumar Nepal-led CPN (Unified Socialist) have already announced not to vote in his favor.

Meanwhile, the opposition alliance has protested Acharya’s appointment  as CM saying it was unconstitutional of former CM Rai to resign and immediately appoint Acharya in his stead.

Going by the present scenario, UML has a clear majority with 51 members in the 93-strong provincial assembly. But if even a small number, six, defect to Nepal’s newly formed party, UML’s government is sure to lose its majority.