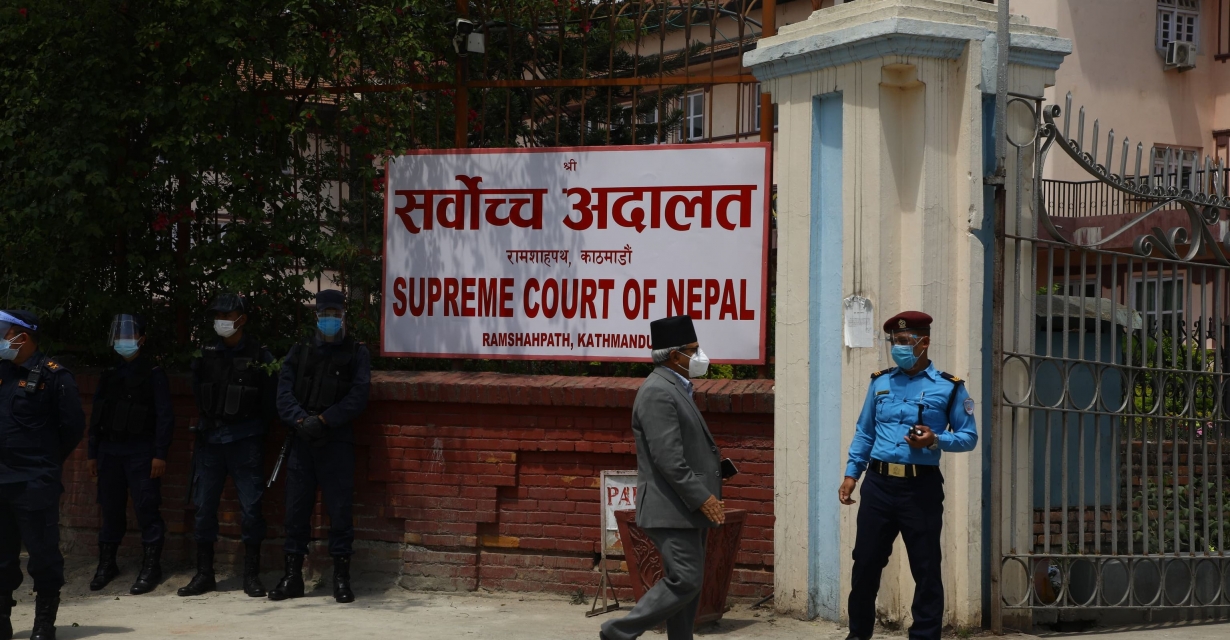 The government has started presenting its side of the argument at the Supreme Court on cases filed against the dissolution of the House of Representatives Monday onward.

Attorney General Ramesh Badal defended Prime Minister KP Sharma Oli’s decision of House dissolution for about three and a half hours in front of the Constitutional Bench of the Supreme Court on Monday.

He also claimed that the actions taken by President Bidya Devi Bhandari were constitutional.

As many as 146 members of the dissolved House of Representatives, including Nepali Congress (NC) President Sher Bahadur Deuba who had submitted signatures of 149 lawmakers to the president staking claim for prime ministerial post, have challenged House dissolution case in the apex court.

During the debate, Attorney General Badal focused on the need for party support even when claiming for the post of Prime Minister as per Article 76(5) of the Constitution. He alleged that the documents submitted by plaintiff Sher Bahadur Deuba were forged.

He argued that the tendency of an elected Member of Parliament from one party supporting the leader of an opposition party to become the Prime Minister and moving court to implement their decision was wrong and illegal.

The attorney general said that a candidate seeking to be appointed the new PM under Article 76 (5) was required to show the support of political parties, and not Members of Parliament, as per the true spirit of the law and the constitution in a multi-party system.

He argued that a lawmaker who contested an election on a political party’s ticket was not supposed to act independently. “If any lawmaker wants to do so, they must abandon the mother party or form a separate political party,” Badal said.

Other government lawyers, who have four more hours to defend Oli, are pleading before the bench today. Private lawyers of defendants – Office of the Prime Minister and Council of Ministers — will have seven hours to make their oral submission.

Speaker Agni Prasad Sapkota’s lawyer is expected to get two hours to plead before the bench.

Four amici curiae will get two hours to plead before the bench.

Before this, the petitioner’s lawyers were given 12 hours to put forth their argument. As many as 36 lawyers argued on behalf of the petitioner.

The legal practitioners on the petitioner’s side have demanded reinstatement of the House of Representatives and the appointment of Deuba as the Prime Minister.

While Nepali politicians are locked in a power struggle the coronavirus continues to spread, with levels of testing and vaccination both woefully inadequate.