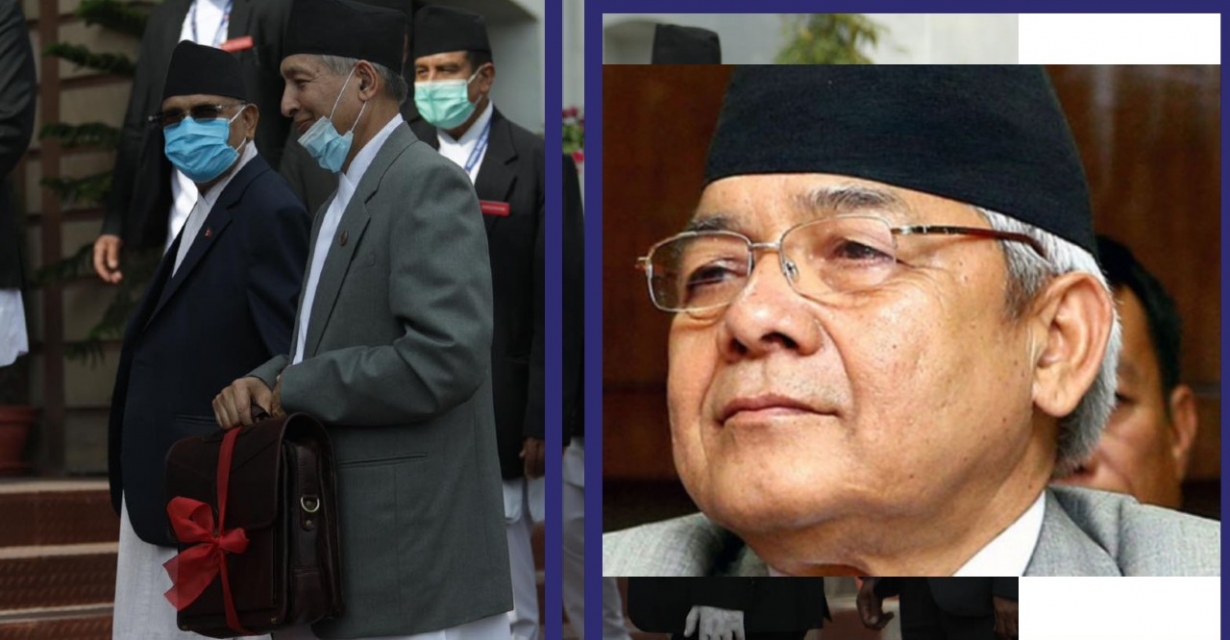 After the nine-member Secretariat of the ruling Nepal Communist Party (NCP) on Thursday decided to send party Vice-chair Bamdev Gautam to the National Assembly (NA), the decision has dashed Finance Minister Yubaraj Khatiwada’s hope of getting nominated to the Upper House for the second time and to retain the finance portfolio in the KP Sharma Oli-led government.

After the President’s endorsement, Gautam will now be inducted as an NA member while Minister Khatiwada will lose his berth in the Council of Ministers in the coming days.

Khatiwada, who was inducted as a member of upper house of the parliament on the government’s recommendation, fulfilled his two-year term on March 3 and tendered his resignation on the same date.

Less than 24 hours resigning from his post on completion of his tenure, the Oli-led government reappointed him as the Minister of Finance with continued responsibility of Ministry of Communication and Information Technology.

As per the constitution, the government can appoint a person outside of the parliament as a minister given that the appointee is inducted to the parliament within a period of six months.

Technically, the PM can again ask Khatiwada to resign and reappoint him as a minister for six more months.

NCP insiders say that Oli, who was earlier reluctant to make Gautam a member of NA, agreed to make him a member of the Upper House as a sign of gratitude since Gautam had recently floated a proposal that had helped Oli neutralise intra-party rift with rivals demanding his resignation from the post of PM and/or party co-chair.

Gautam had contested for the House of Representatives from his home district of Bardiya in the last general election but was defeated by Nepali Congress candidate Sanjay Kumar Gautam.

Meanwhile, as per Article 78 of the constitution, Gautam, who had lost the 2017 House of Representative election, would not be eligible to become a minister.

However, Gautam is not the first politician to be appointed to NA even after losing parliamentary elections. In January, NCP spokesperson Narayan Kaji Shrestha was appointed to the Upper House though he had lost to Baburam Bhattarai of then Naya Shakti Party for the Gorkha-1 seat in 2017.