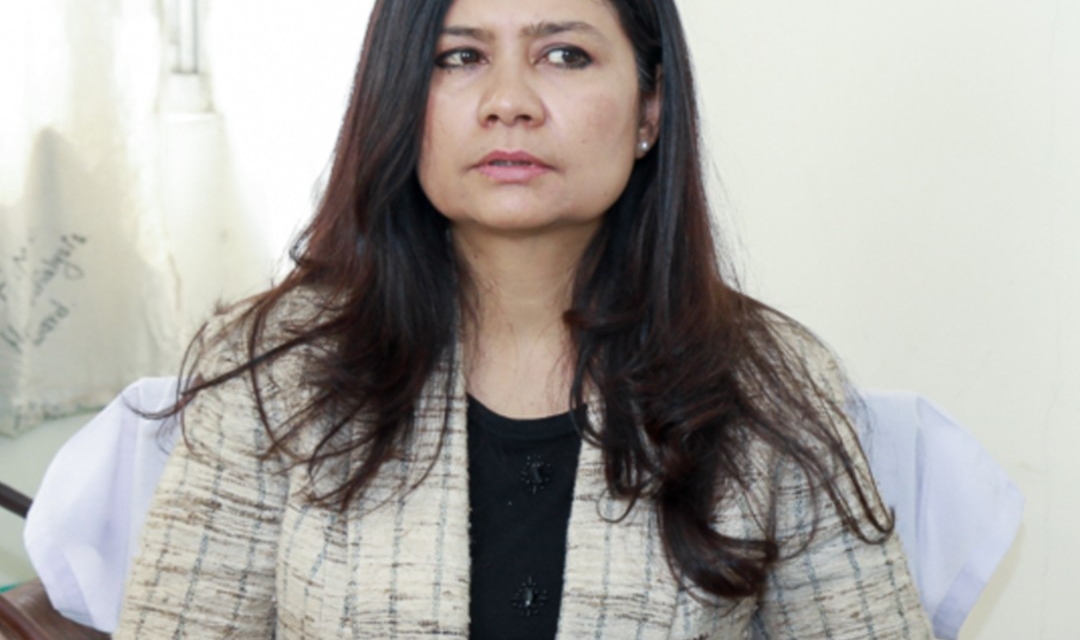 All Nepal National Independent Students’ Union (ANNISU), a student wing of the ruling Nepal Communist Party (NCP), staged a protest yesterday against the appointment of Divya Singh Shah as the new dean of TU affiliated Institute of Medicine (IoM).

Shah is a personal physician of Prime Minister KP Sharma Oli and was appointed as dean on Wednesday.

Shah was listed on the 33rd number in order of precedence for seniority and is said to have been appointed with the direct recommendation of Prime Minister KP Sharma Oli, who is also the Chancellor of TU.

ANNISU padlocked IoM in Maharajgunj in a show of protest and to exert pressure on authorities concerned to immediately withdraw the decision.

Issuing a press release, campus committee Chairperson Binay Pangyani alleged that Shah was appointed dean just because of her loyalty to the high-level political leadership.

“The interest and well-being of the IoM is being jeopardised. The government has violated the pact signed with renowned surgeon Govinda KC regarding the appointment of dean on the basis of seniority and qualification of aspiring candidates,” the press release read.

One of Dr KC’s several demands during his fast-unto-death protests was the appointment of IoM dean on the basis of seniority.

He had alleged that the government had been appointing IoM deans through nepotism by overlooking the appointees’ qualification which results in such individuals providing TU affiliation to substandard hospitals and medical colleges under political influence.

ANNISU has demanded the government to roll back the decision.