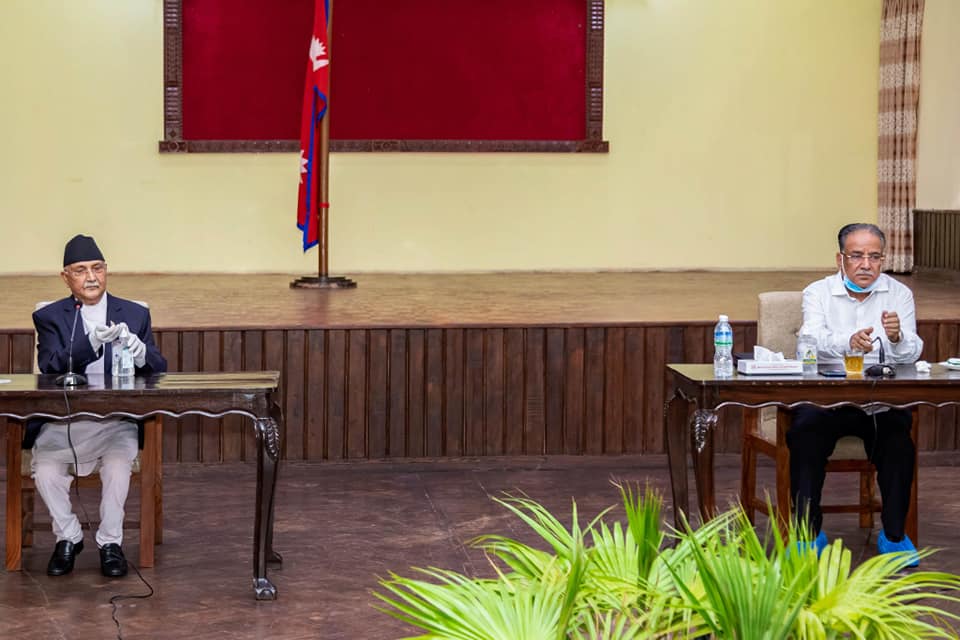 An agreement between Prime Minster KP Sharma Oli and party co-chair Pushpa Kamal Dahal to hold the party general convention by November/December this year has reportedly averted the ongoing intra-party row, for now.

The deal means Oli would support Dahal for the party chairmanship at the general convention. The agreement was reached between Oli and Dahal at yesterday’s Party Secretariat meeting.

Intra-party rift within NCP soared after the Dahal-Madhav Kumar Nepal faction demanded PM Oli to quit either the post of prime minister or party chair and PM Oli refusing to quit any of the two posts.

PM Oli, who has fallen into minority in all party bodies — the Secretariat, Standing Committee and Central Committee — recently accused India of conspiring to topple him.

He made this remark when majority of the Standing Committee members had asked him to step down accusing him of ignoring the party’s directives.

Party Spokesperson Narayan Kaji Shrestha, who is also a member of the nine-member Secretariat, informed that both Oli and Dahal had agreed to find a solution to the problem on the basis of consensus during yesterday’s meeting.