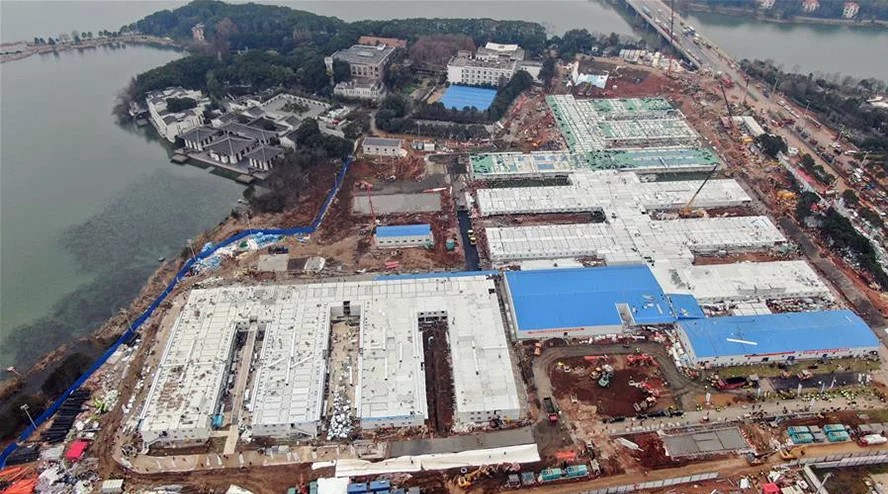 Built in just eight days, a Chinese hospital dedicated to treat people infected with a new coronavirus in Wuhan, the epicentre of the outbreak, will begin to receive patients on Monday, state media said.

The hospital, Huoshenshan, or “fire-god mountain”, is designed to have 1,000 beds for patients with confirmed infections to ease a shortage of beds elsewhere in the city as the virus spreads.

The epidemic has killed 361 people and infected more than 17,000 in China and at least 171 overseas.

There are more than 11,000 cases in Hubei province, where Wuhan is located, state television said on Monday.

Construction of Huoshenshan was copied from a hospital built in Beijing in 2003 that was dedicated to the fight against SARS, or severe acute respiratory syndrome.

More than 7,500 workers took part in the fast-build project, which commenced on January 25 and finished this weekend.

China is building a second hospital in Wuhan dedicated to the treatment of coronavirus patients, with 1,600 beds. Leishenshan, or “thunder-god mountain”, is scheduled to be completed on February 5. (Reuters)