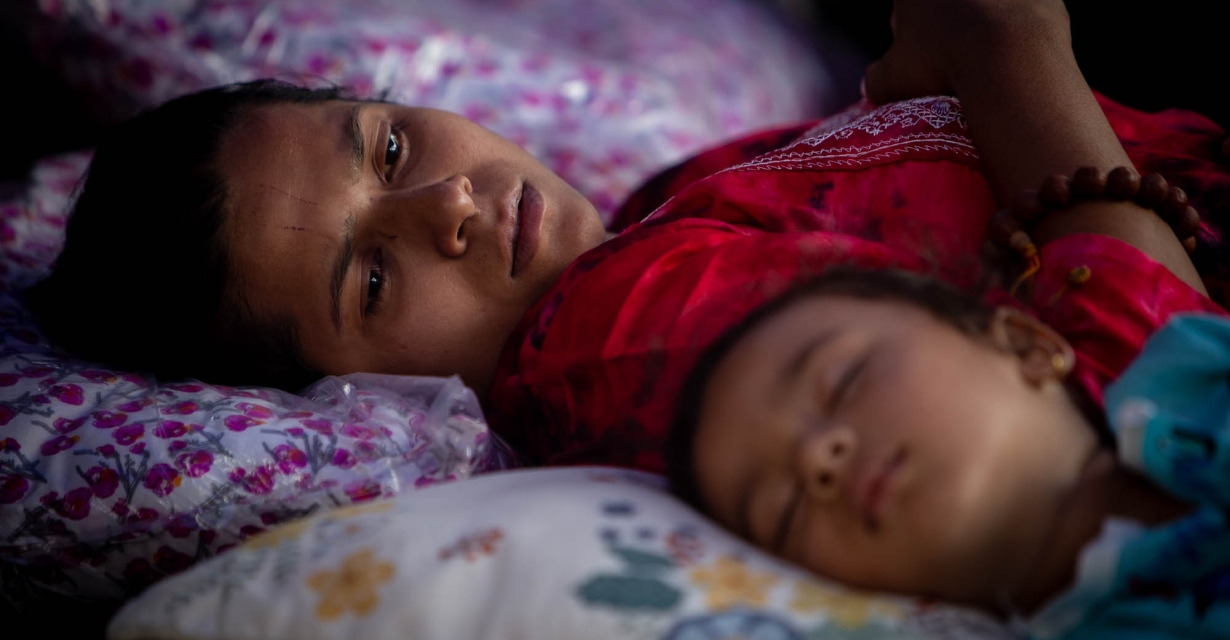 Niharika Rajput, who is staging a hunger strike demanding justice, rests with her son in Kathmandu, Nepal (Image: Nishant Singh Gurung / Aawaaj News)
A woman’s quest for justice, and the delay in its delivery, forces her to undergo a hunger strike
Read Time: 3 minutes

Carrying her 21 month old child in her arms, Niharika Rajput of Dhanusha, on Friday, began her fast-unto-death strike – demanding the state’s attention to the continuous delay in serving justice to her.

According to Niharika, she was raped by Shivraj Shrestha of Janakpur on 23rd October, 2019, after her drink was spiked by the alleged rapist. The untoward event led her to conceive, and a child of rape was subsequently born – on 21st August, 2020. Niharika, who was been campaigning for justice even before the birth of her child, has knocked doors of the police and the courts – however, has not been served with justice.

According to her, police has botched the investigation since she filed a report, and the court is unwilling to identify her child as born out of rape. An earlier decision by Janakpur High Court cleared the alleged rapist, after which Niharika lodged an appeal. However, a hearing on that is severely delayed. Running out of hopes for justice, Niharika on Friday began a fast unto death strike. Although she had initially begun her strike from Maitighar, police on Friday, by force moved her to Basantapur. Joined by Advocate Jasmine Ojha, her lawyer, Niharika is continuing her strike from Basantapur. She has five demands:

Speaking to Advocate Ashankan Malla on the five point demands of Niharika, he has said that “there should be no prejudice in the lawful rights of a child”. He maintains that the DNA test, if proven positive, will allow the child inheritance rights as allowed by the Civil Code. Furthermore, while the constitution safeguards children’s right to health and education, in this case, the Section 48(f) of the Act Relating to Children 2075 (2018) “Infants born due to rape or incestuous relationships that are punishable by law and concerning whom application has been made to the child welfare authority, stating inability to maintain them”, the child will be deemed in need of special protection.

“Additionally, regardless of the punishment status of the alleged rapist, victims Niharika and her child, as per Crime Victim Protection Act, should be able to avail expenses for their medical and education costs, which include socio-psychological counseling as well”, he adds. 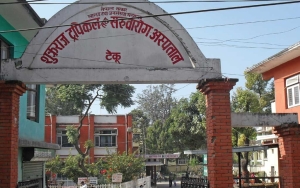 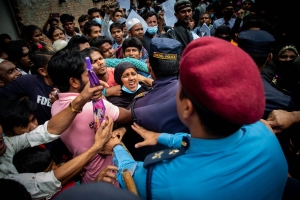 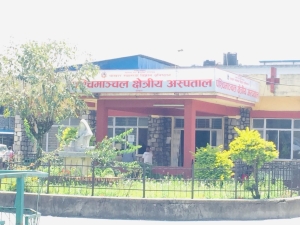