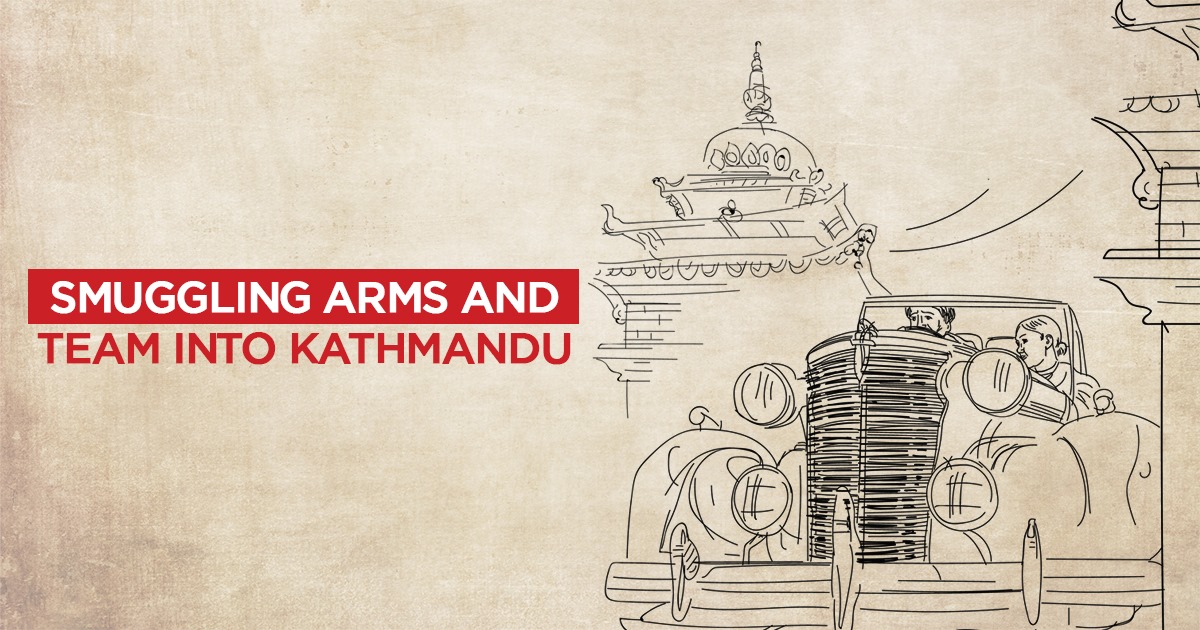 After the arrangements of two cars, there was one problem – how to cross the police check point at Sanga?

Because Ganesh Man Singh and Sundar Raj Chalise were wanted by the government, they could not ride with the team. Therefore, it was decided only the arms and team members would be smuggled into Kathmandu in the cars.

Ganga Devi, wife of Indra Man Joshi, the driver of Car no. 312 tied the pistols and the bullets within her hip with a girdle – to give an impression that she was pregnant. The other weapons were tied loosely in a bag, and kept inside the car. In case the police asked, they were supposed to say it was a gift from the in-laws.

Indra Man, Ganga Devi, Dilman Singh, Kulman Singh Lama, and Purna Bahadur rode in the Chevrolet (car no. 312). The others rode in the Ford.

Rajdas had also arranged lodging of the team members and safekeeping of the weapons in Kathmandu. Thus, Singh and Sundar Raj bid adieu to the two cars. The duo stayed back until information of their safe arrival in Kathmandu would be received.

Singh and Chalise spent the day with Rajdas Baday Shrestha – a prominent business person from Banepa.

Singh shares his impression of Rajdas:

“Initially, I had thought Rajdas Ji was a coward for not letting me stay at his place; however I later understood it was a practical decision. Rajdas Ji would also exploit his business connection for political purposes, and keep the underground political movement going. He had a very unusual quality and ability to get his purpose done from people in different occupations and classes, and yet keep them hooked in a common thread. It was because of those skills, Rajdas Ji, in times to come, would become a great leader of our party”.

Rajdas would also maintain a network of information from vehicles passing through Banepa. In the evening, a motor vehicle arrived from Kathmandu with the information that the weapons and team members had reached Kathmandu safely. 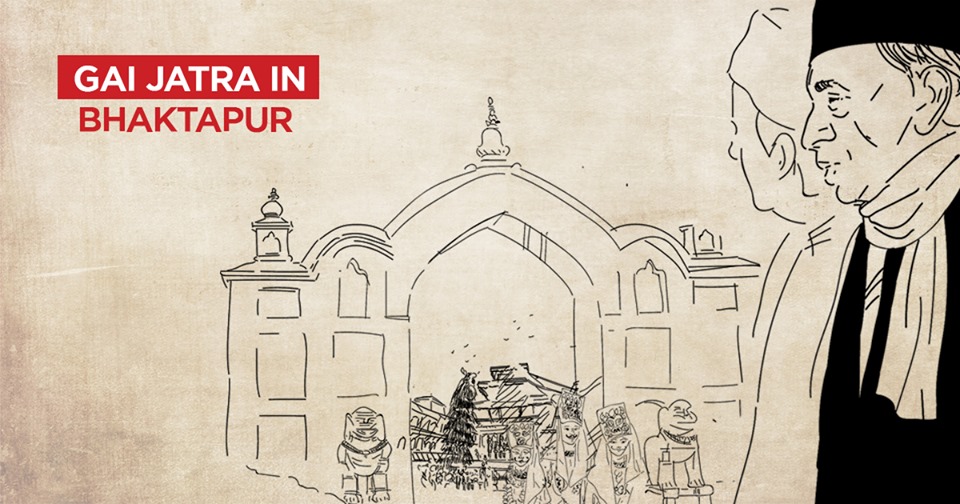 Upon receiving news of the safe passage of their team members, Singh and Chalise decided, they too, without further delay, should reach Kathmandu. Thus, on the same night, they bid their friends in Banepa goodbye, and left.

Rajdas Baday Shrestha had also arranged a guide, and the trio made their way to Bhaktapur via Nala. They reached Bhaktapur around dusk, and were surprised to find crowds of people gathered in Bhaktapur.

A local informs them that it was in preparation of the upcoming festival ‘Gai Jatra’.

In his autobiographic memoir, Singh shares the sights of the evening:

“Crowds of people had gathered in the squares of Bhaktapur Durbar – bright petromax lanterns showed the way. There were dance and other cultural shows in every square”.

Saparu, or Gai Jatra, is observed by the Newar communities in Nepal, most prominently in Kathmandu Valley. The festival commences on the day following Janaipurnima. On the day of Saparu, families who have lost a family member in the previous year, adorn a young boy in the form a cow (gai), and joing a procession. By observing the ritual, it is believed the departed souls are liberated, find peace, and attain salvation.

Singh also remarks on the socio-cultural observation of Bhaktapur – “Saparu, besides the procession, is observed with cultural programs. Over the time, these plays became friendly competitions between communities of different squares/localities. It was also influenced by the style and form of modern cinema. The value of these cultural observations lies in providing entertainment for the farmers who need relaxation after their hard agricultural activities during the monsoons.”

Passing the attractions of Bhaktapur, Singh, Chalise and the guide proceed towards Kathmandu. Night had begun to fall, and they wished to catch a truck to Kathmandu from Dudhpati.

After much struggle, they finally found a truck who agreed to drop them in Tundikhel – Singh and Chalise hopped on. 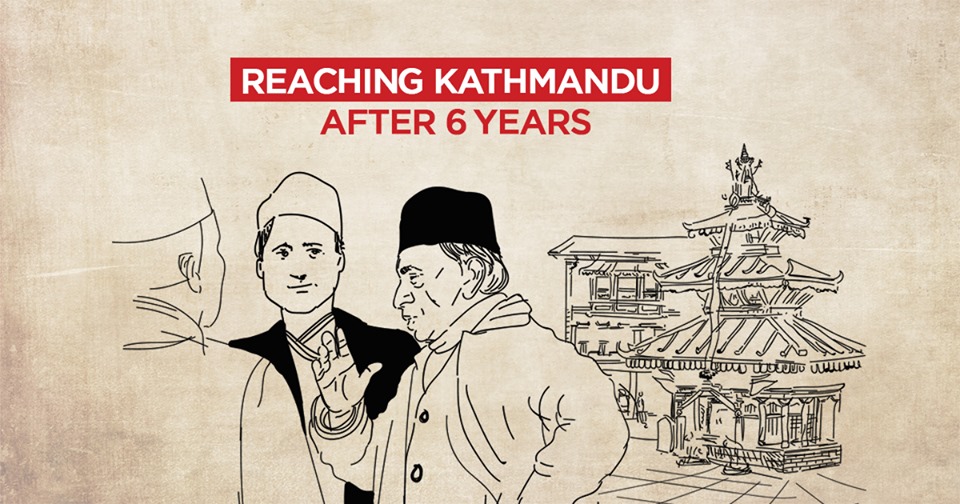 In the words of Ganesh Man Singh (as told to Mathbar Singh):

Getting off at Kathmandu, and setting my foot on its soil after six long years, I could feel a strange sensation – a chill passed through my spine, and my chest was pounding. It wasn’t pounding because I was wanted by the Ranas, or because I was here on a mission with arms and ammunition – no, it pounded solely because I had arrived in Kathmandu. This city was my birthplace, the city of my carefree childhood days, and the city which shaped my political beliefs.

Nightfall had set in at the time of my crossing the Tundikhel, so the possibility of my recognition was minimal. The month was Bhadra (August-September) – a cool wind was blowing softly. Glimmers of lights could be seen at the Bir Hospital, Military Hospital, Mahankalsthan and Bhadrakali Temple. The Khari Tree, which had witnessed several of Nepal’s ups and downs, stood in the middle. I felt elated, and believed each stride brought me closer to my victory – the abolition of the Rana regime through a revolution.

It was the same Tundikhel, where the Ranas exhibited the military power and other forms of political dominance. I was walking over the bosom of Tundikhel, carrying a horn of rebellion – to blow it at the right time.

Thus Sundar Raj Chalise and I traversed the Tundikhel ground, and reached Mahankalsthan. From there we proceeded towards Raktakali via Bhoseko. Subba Govinda Man Singh used to live at Raktakali. We had decided to take shelter at his house.

My feelings and experiences of the day are still mysterious – I had only arrived in Kathmandu. A major part of my task was yet to be accomplished. Yet I felt triumphant.  Human nature too is peculiar – small successes, ordinary achievements, and insignificant progresses sometimes elate people to great lengths. 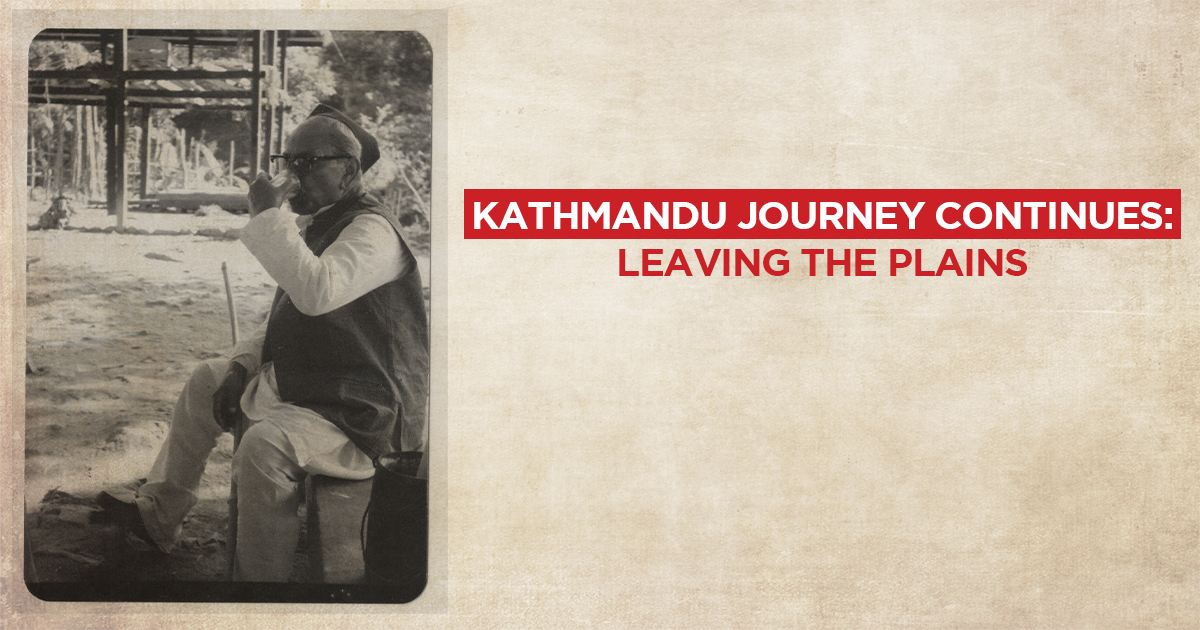 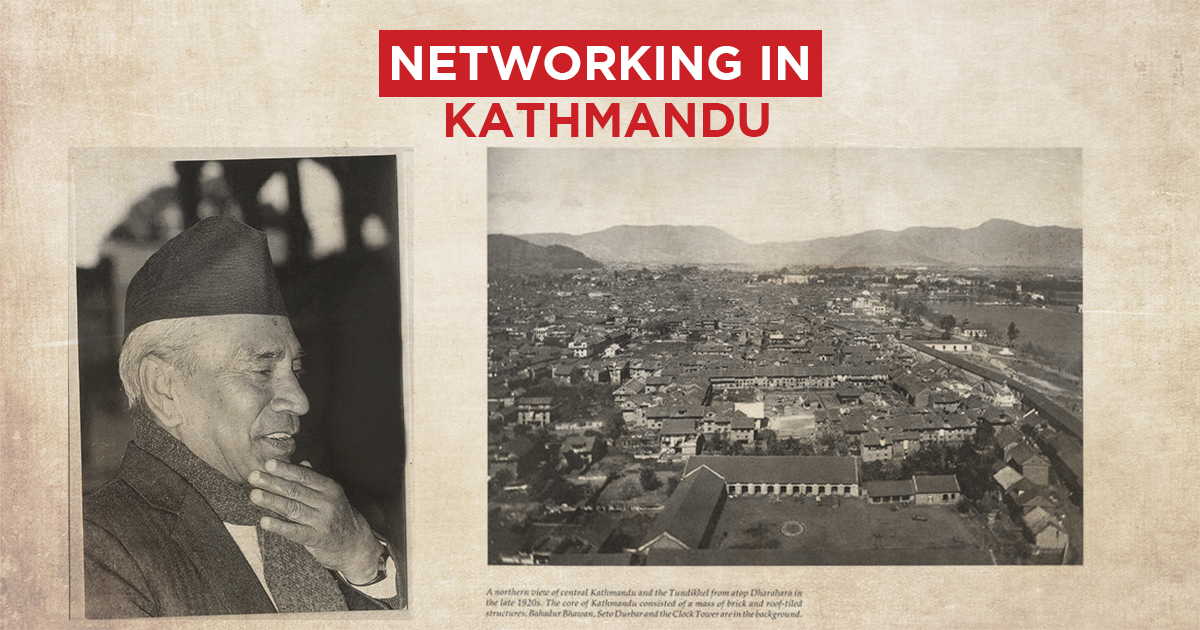 Singh and team work towards accomplishing missions in Kathmandu